“Anger is always more harmful than the insult that caused it.” – Chinese Proverb 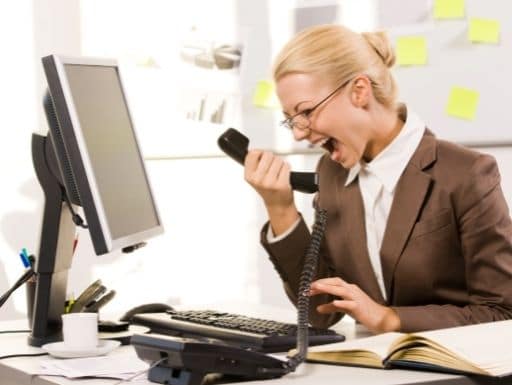 Two men in Sacramento, Timothy Mann and Donald Bell, were both driving on Highway 50 one Sunday afternoon when Bell “cut off” Mann. They yelled and cursed at each other, and when Mann exited the highway, Bell followed.

At a stoplight, they both got out of their cars to continue the altercation. Mann took a swing at Bell, and before his fist connected, Bell shot him in the head at point-blank range in front of his wife and son.

Two weeks later, at about the same time on Sunday, Bell returned to the scene and shot himself.

It’s easy for us to look at these two grown men behaving in a despicable way and criticize their actions. But how many times have we gotten upset over issues just as trivial?

WHEN WE GET ANGRY, WE LOSE CONTROL

We must remember that when we get angry, we lose control. We may say or do things that we later regret.

When things don’t go our way, someone slights us, or circumstances turn against us, the natural human reaction is to get angry. The longer that we let it fester, the angrier we get. After a little bit of time, something that was very small in the beginning becomes huge as we play it over and over in our heads.

However, when people get angry with us, and we remain calm and collected, one of two things will happen. They may storm off frustrated because we didn’t fight back. Or they will realize how foolish they appear and feel ashamed. Once people have a chance to vent, and the person that they are venting to remains calm and collected, they will typically cool down and begin to communicate more clearly. Remember, people respond in kind to what they see and hear.

Either way, we have avoided the negative consequences. So, if you want to keep long-lasting friendships, be slow to anger, especially over petty issues.

Principle #9: Be Slow to Anger Especially Over Petty Issues