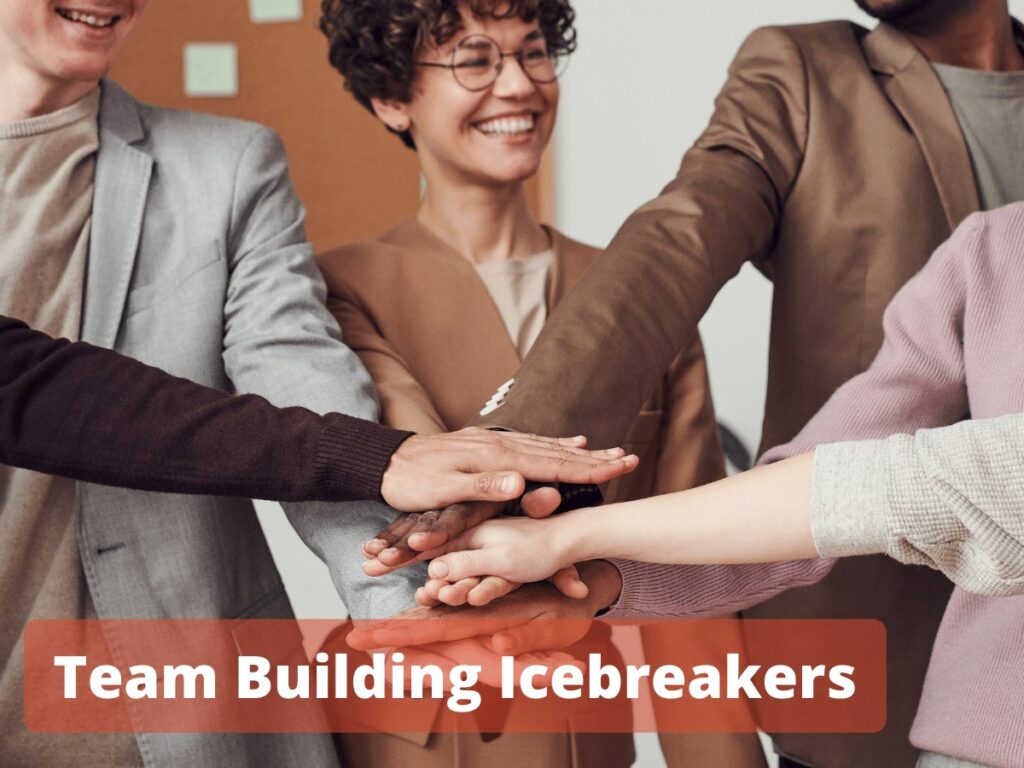 One of the most often request that we get from callers into our office is for ice breaker activities and team building games, so here are a few very simple team building ideas that you can do as an introduction to your meetings or as a way to breakup a larger meeting and add some fun.

Just a quick warning. These are quick, stand-alone exercises that can work well as a fun break to your regular meetings, but just stringing together a series of these activities as an event, can have big drawbacks. (See What Exactly Is Team Building Anyway?)

We will add to these games over time, so make sure and bookmark or link to the page and come back over time for new ideas.

Seven Card Stud: Since groups of seven people are typically a good size to do other activities, Seven Card Stud is a good way to organize a large group into smaller, more manageable groups. Just distribute a single playing card to each person and ask them to organize themselves into a winning hand of seven card stud. (If you just distribute cards eight through ace, you’ll end up with all Royal Flushes.)

Have You Ever: Create a big rectangle out of paper plates or some other type of place marker and make sure there is a singe placeholder for each person in the group. Then ask a question starting with the words “Have you ever…?” Anyone who has done the thing asked in the question has to move around the rectangle one complete time and look for any open placeholder to stand by. After the first question, remove a single placeholder so there is one more person than placeholder, and the person who is not able to secure a placeholder will ask the next question. Keep going a few rounds, and you should start to have some very interesting and fun things happen within the group.

Shrinking Disk: this is a great way to get a group organized into smaller teams. Hand every person a paper plate or some other type of placeholder and have everyone drop the placeholder to the floor and place the toe of their shoe on the edge. Give a direction to move to a different disk or placeholder and everyone will move. Then, take a few placeholders away, and ask them to move to a different disk again. Many will be confused, because now there are fewer disks than people, but just keep saying “Find a new disk… Hurry!” and they will figure out that they can now double up with other participants. Keep removing disks until you have the sized small groups that you want. For instance, if you have 21 people and want three groups of seven, just keep removing disks until you only have three left. Participants will automatically equalize their groups.

Yes… And: Divide the group into two lines of people where the line leaders are facing each other. One of the two line leaders starts a story, and then they take turns adding to the story beginning each new part of the story with “Yes, and…” Human nature is that people will want to change or alter the story by starting their addition with a “but” or a “however”. Once someone flubs and tries to alter the flow, they go to the back of the line. The goal is to see which team can go the longest without having their entire team flub a line.

One Word Story: Start a story by giving the group a title and an opening line such as “The Mysterious Stranger… No one really know where the stranger came from. He just showed up one day at the…” and point to the first participant. Each participant adds one, single word to the story. Keep going to see the story develop. Anytime a participant struggles or the story starts to diminish, just add a new sentence but leave the end of the sentence dangling just like you did with the first sentence.

Each of these ice breakers and games can be used as an introduction to meetings or larger events. Have fun summarizing the “take aways” from each exercise.