For instance, soldiers often come back from war with tremendous trust and respect for the platoon who fought with each of them in battle. It is easy to see that if your friend was willing to lay down his life for you, you’d feel warmth to that person. However, when soldiers leave the service, they often lose touch with these trusted friends.

On the other hand, when sports teams win titles, the members often develop long-term relationships.

A Shared Goal that Is Positive Builds Long-Term Positive Relationships.

Bill Bowerman played college football in Oregon. One of his coaches suggested he also take up track where he excelled in the sport. Years later, he became a track coach at his Alma Mater, the University of Oregon.

One of his student-athletes, Phil Knight ran the mile and the two-mile for the college. Unfortunately, or maybe fortunately in retrospect, Knight was on the team at the same time as Jim Grelle. Grelle was the fourth American to ever run under a four-minute mile. Eventually, with Bowerman’s help, Knight was able to beat Grelle by two-tenths-of-a-second in a race. This accomplishment led to a lifelong friendship between coach and athlete.

The two started Nike which now sells over 780 million pairs of shoes each year.

Before I moved to Texas as a teenager, I grew up in Arkansas. The 1964 Arkansas Razorback team was famous when I was a kid. They have gotten even more famous over the year. The most famous member of the team is Jerry Jones, owner of the Dallas Cowboys. However, also on the team was Jimmy Johnson who coached the Miami Hurricane’s to national championships and the Cowboys to Super Bowl victories.

Outside of football, Jim Lindsey bought a tract of land in Northwest Arkansas as a 21-year-old. He built a subdivision and golf course on the land. Today, his company owns 37,000 apartment units and 42 golf courses.

For additional information about Team Leadership and How to Become a Great Leader. There is a leadership survey that you can take to test your leadership skills.

The big question is… Are the members of your group in the middle of a war, or are they winning titles?

If it is the former, there is a simple fix. Give the group a goal to accomplish together, and reward them for reaching the goal. The goal could be a customer service index, a revenue goal, a cost savings benchmark, or something as simple as trying to get a certain number of customers to smile in a day.

Whatever the goal, track the results, and make a big production of the results. When team members are working together toward a common goal, the relationships among them will grow.

A Common, Shared Goal Builds Enthusiasm Within Your Team. 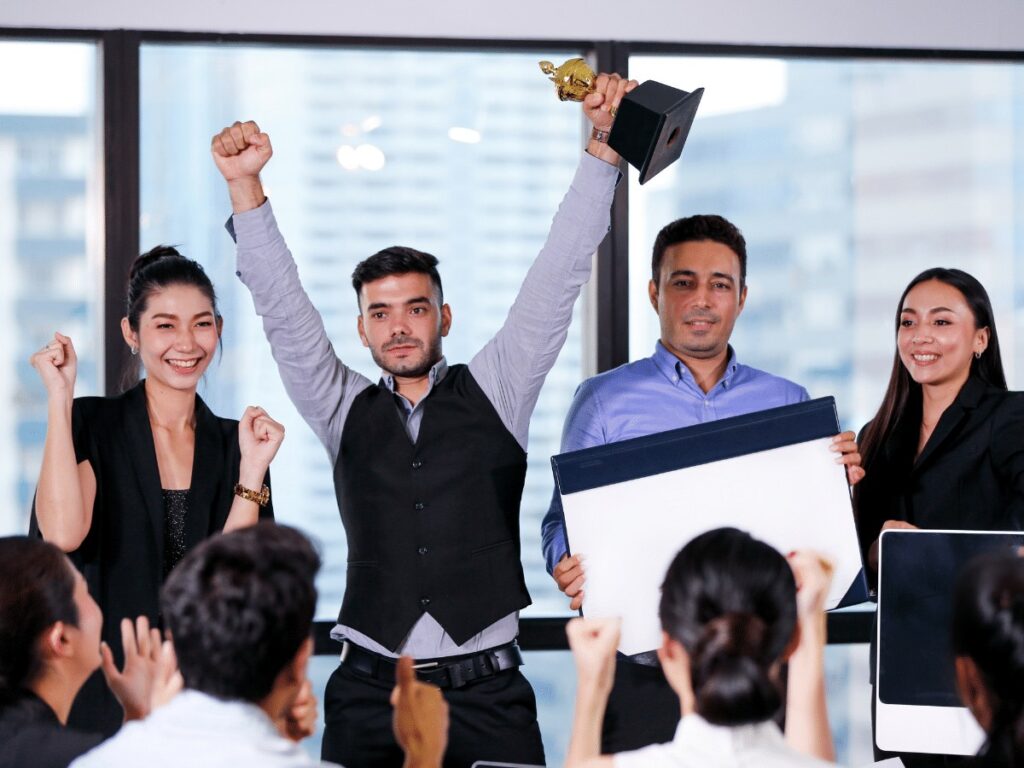 After teaching classes for a couple of years, The Leaders Institute ® hit a big growth curve. At the time, there was just a handful of us on the team. Let me tell you, we were busy. However, somehow, we had hit an artificial revenue barrier of one-million-dollars. No matter how hard we tried, we got close to that amount each year, but couldn’t quite break the barrier.

After struggling for about a year and a half, I decided to get the whole team involved in the team goal. I told the group that if we could break that barrier, I’d pay for the whole team to go on a cruise together. November and December of that year were electric. Instructors were closing contracts and sending the details of the revenue growth to the entire team. Some days, we closed as many as 10 contracts before the close of business.

Interestingly, the final contract that put us over had the smallest dollar amount of the month. But the team was so excited when it came through. They had just crossed the finish line!

It was a fantastic accomplishment. However, the real magic occurred in July — about six-months later. That was the month that we crossed the million-dollar revenue mark in that year. We finished that next year with over two million in sales. We doubled revenue!

You see, winners get used to winning. So when you set a team goal and the team wins, they are creating a habit.

Winners Win. So, Set Your Team Up to Be Winners. 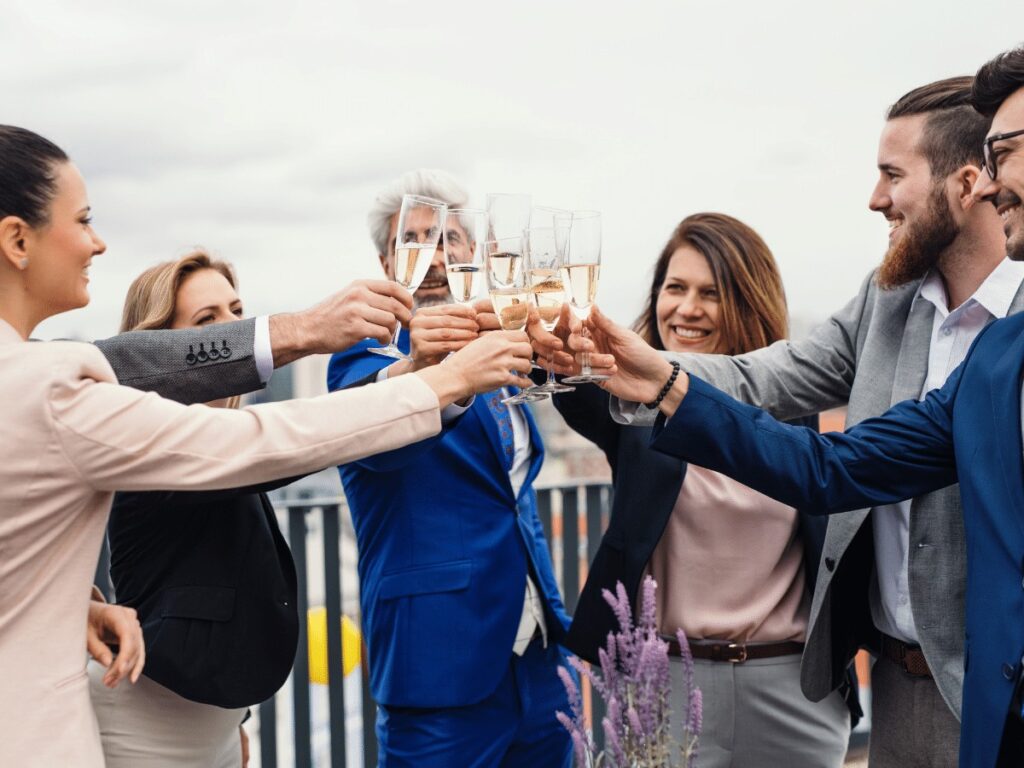 According to Charles Duhigg in the book The Power of Habit, a habit basically has three parts. First, there is a cue (trigger.) Next is the behavior (that is the actual habit.) Finally, there is a reward of some type. He calls this a Habit Loop.

So, basically, when you set a realistic team goal that has a reward attached, you are creating a habit loop. The team goal is the initial cue. This habit cue can be reinforced on a weekly basis as the team makes progress. As your team begins to create a behavior change, we as leaders have to reinforce that behavior. The easiest way to do this is with praise and enthusiasm.

For instance, my instructors get a bonus if they finish an entire year receiving 5-star reviews from all clients.
I know, that sounds like an impossible standard. However, almost all of our instructors get the bonus every single year. Anytime a five-star review is received from a client, our system automatically sends the review to the whole team. Coworkers will often reply-all with congratulations to the successful instructor.

This habit loop is amazing for team culture. Where else does a person get congratulations from all of his/her coworkers and praise from their customers at the same time? Many of our instructors will receive this type of feedback a few times every week. (It never gets old!)

Take a Few Minutes to Help Your Team Set a Goal This Week.

If you want to build more of a team culture within your group, help them set a team goal. Then, make one of your major focuses to help them accomplish the goal. If you do, you will create a habit of winning in your organization!

← Is Your Performance Review System Outdated? How to Manipulate People-7 Signs of a Con Artist You Need to Know to Avoid Being a Victim →