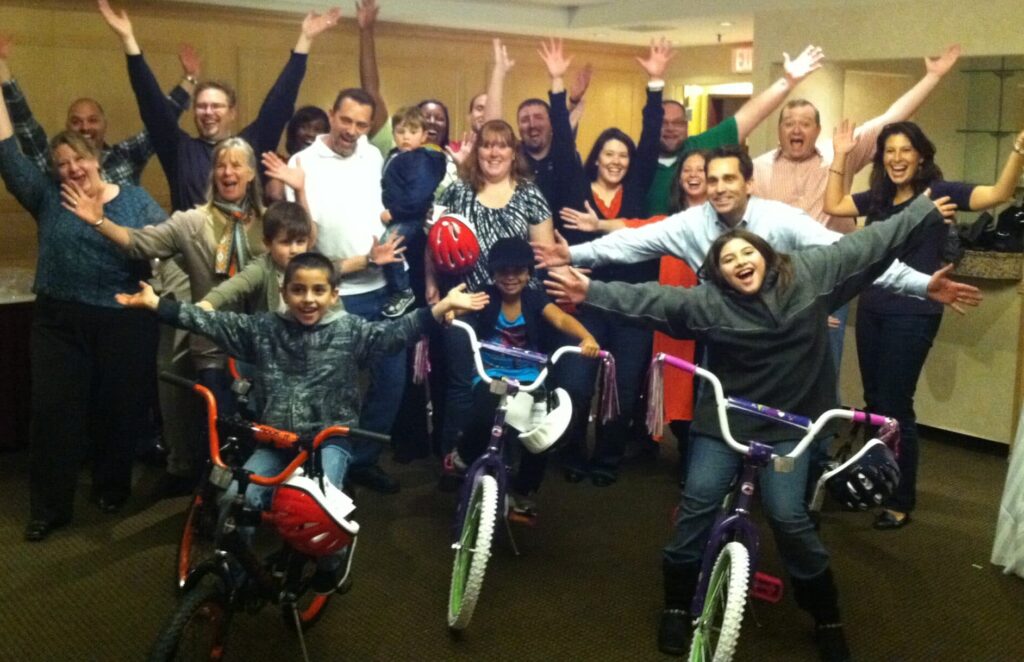 Looking for a fantastic team building idea or a secret to conducting a great team building event? The best piece of wisdom I have ever come across is the importance of creating and maintaining energy and enthusiasm.

Often, people who organize a convention or annual event will hire a professional team building expert. They do this to make sure that the team building activity is flawless. They want the entire group to be engaged. Below are a few secrets that these great facilitators use to make every team activity fun and interactive!

The key is to create a team building activity that does three things. First, the activity has to insert energy into your meeting. Second, you have to facilitate in a way that everyone stays active and involved the entire time. And finally, the activity or event must create some type of emotional response from the participants.

Three Steps to Create a Great Team Activity Without Blowing Your Budget.

The easiest way to insert energy into a meeting is to get the audience involved in some type of physical activity. The longer that participants are standing around (or worse, sitting down) doing nothing or listening to the facilitator speak, the more bored they will become and the less energy will be in the room.

Many facilitators will try to use questions to the audience as a way to get them involved. However, this can backfire pretty quickly (especially in a larger group). The reason why is that only one participant at a time will be able to participate. So, most everyone else is still just listening.

One of my favorite ways to push energy into the team building activity is when I divide the group into teams. You can easily use this activity as a way to get people moving around and communicating.

For instance, if you have a huge group of people, event planners will just put a team number on the nametags. The planner will then put a number on all of the tables. As participants enter the room, they organize themselves by sitting at the table with their number.

Make just a small alteration, though, and you can add a lot of energy. Just remove the table numbers. Once everyone is in the room, just announce that their first challenge is to find their group. “Go find the teammates that have the same team number as you.”

The energy in the room erupts immediately, and the group is now more open to doing more activities.

Once you increase the energy in the room, you will want to keep everyone involved in the activities throughout the program. This is absolutely the hardest thing to do if the length of time is extended. But it is also the most critical.

The key to making this happen is to create activities that require the participants to work together. For instance, philanthropic team building is very popular now. One type of event is where participants build bicycles for needy kids. Quite often, organizers will think that the building of the bikes is the most important part of the event. However, they mistakenly forget that building of the bikes (or really doing any type of physical activity) by itself is not much fun.

If you just organize your teams into small groups and tell them to build bikes, one or two people in each group will jump in and start putting the pieces together. The rest of the group will just stand around and watch. So, at any given moment in the event, two-thirds to three-quarters of all of the people in the room will be standing around doing nothing.

Instead, you’ll want to combine activities that involve more people. You might add in some type of task that groups need to complete to earn each part. The key to making this work is to scan the room during the event and look specifically for people watching versus participating. If you have a lot of the former, make sure and add additional tasks to the activity.

Interestingly enough, the type of emotional response doesn’t really matter as much as the presence of the emotion.

For instance, in the bike build, the group gives away the bikes to the kids. They create an incredibly emotional ending. However, sometimes the emotion that facilitators are trying to create is pure competition. You can also add a race or a contest to increase energy in an event. (This is tricky, though. Competition among teammates can sometimes hamper team building. SO, be cautious.)

Sometimes, anger and frustration can increase energy in a surprisingly positive way. For instance, in some team events, the rules are not always known to every participant so as teams keep trying and not succeeding, the frustration builds. But just like any challenging puzzle, once they uncover the secret, a feeling of pride and satisfaction replaces the frustration.

Think about the old Rubik’s Cube from the 1980s. That one puzzle caused a lot of frustration. However, once people started to solve it, they got fantastic pride out of sharing the “secret” with their friends who were unaware of the solution. Every time the secret was passed from one person to the next that pride of accomplishment passed with it. The same thing can actually happen in a good team building event as well.

Make the focus of Your Team Building Activity Increasing the Energy and Enthusiasm in the Room.

Regardless of what type of team building activity you decide on, make sure to focus most of your time on keeping the energy high throughout the event. Use the activity to insert energy into your meeting. Organize the activities to try to keep everyone involved all of the time. And finally, create some type of emotional memory during the event so that at the conclusion, participants say, “That was a lot of fun! I’m glad I participated.”

Doug Staneart is the founder of The Leaders Institute ® Team Building. He is also the inventor of many world-famous team activities like Build-A-Bike ® and the Camaraderie Quest. His team of expert facilitators conduct events for groups as small as 20 people and as big as 10,000 people. Visit the Team Building Event website for details about his programs.

← Closing the Sale: Big Mistakes that Cause Your Customers to Buy from Someone Else Speed is the Key to Small Business Lead Generation Follow Up →