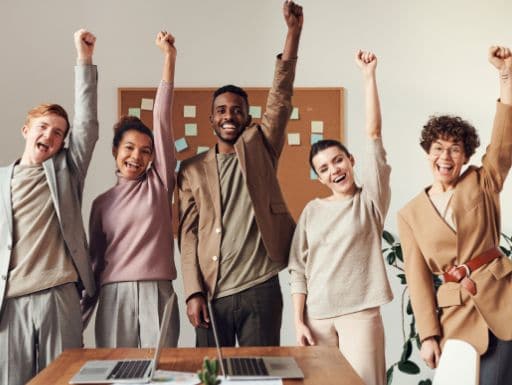 So, for instance, if a group has a real team culture already, and they go bowling or play laser tag or build a house for a needy family, then at the end of the activity, they will likely improve their culture. Members of your team could leave with more positive attitudes.

If a group is competitive, and they do the same activities, they will likely become even more competitive. Often, a competitive group that participates in a competitive activity will have more negative results from team-building activities. This is because their driven nature creates division instead of unity. Some participants may even leave the activity thinking, “I’m going to get that show-off next time!.” If the participants have mistrust or have a culture of miscommunication, then after the activity, the team dynamics will likely have a more negative air and members will resent working with people they dislike. While sales and corporate culture are often driven by competition, they aren’t always helpful for creating and maintaining a healthy, effective team culture.

With a more positive outcome from your events, your staff will feel some sort of psychological safety in their place within your company and on their team. Foundationally, when good team leaders create a common goal for staff to reach for and align staff values with the company’s values a company will build great team culture.

A Few Examples of Team Building Activities that Work Because the Culture Is Positive.

A Surprise Outing for Your Team.

Can I give you some honest feedback? The best culture boost comes as a surprise and has a great effect when it isn’t expected or planned. 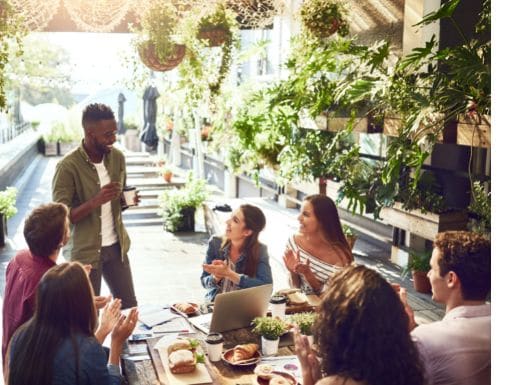 When I was in high school, I worked for a fast-food franchise, and one of my coworkers was the boss’ son. One Friday evening, the crew decided to meet on the weekend to go see a movie together. We all met at the theater the next day, and the boss showed up with his son and paid for all of the tickets for the entire crew. That happened decades ago, but I still remember the gesture, because it was my boss showing a genuine appreciation for all of the hard work that we had done. He was a great leader who respected his crew, and we respected each other. So going to a movie together really built additional team culture. Great leaders show appreciation for what they have- a group of people willing to put in great work for a shared purpose or goal.

The point is, that a healthy team culture begins with a supportive executive who encourages staff. When members of the team feel encouraged they, in turn, support their colleagues toward success. An outing could be as simple as inviting the entire team to a happy hour.

Get Your Team Involved in a Sporting Activity. 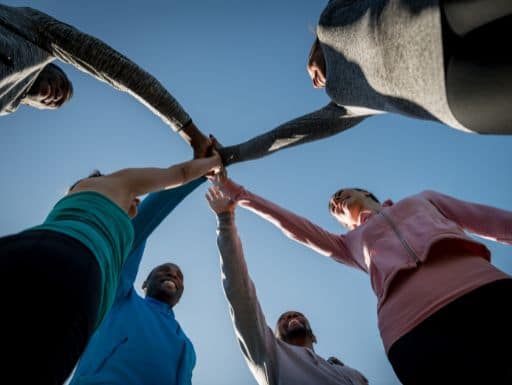 A couple of years later, I worked in a hospital, and each employee in my department had a role dependent upon another coworker. So we had to work really well together, or we’d all fail. I joined the department volleyball team, and we were terrible at volleyball. I’m not sure if we ever even won a game. We did have a lot of fun. In addition, we worked better together at work as well.

Staff Participation Outside of Work 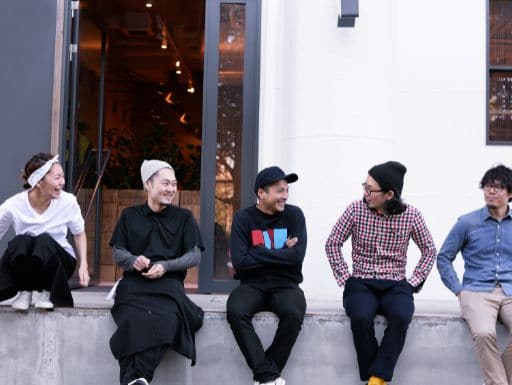 Employee engagement outside of regular work environments provides staff with a more informal way to interact with their coworkers. Informal outings of any kind take some of the professionalism out of the situation and allow people to be more themselves. That doesn’t mean my coworkers and I were any good at volleyball, but by participating in the department’s team I was given an opportunity to get to know people outside of our schedules and regular meetings. It allowed us an opportunity to rely on one another outside of the work environment meaning a loss was just a game. It wasn’t at the detriment to patients or the success of our department.

Finding new ways for staff to participate in sporting activities can allow hidden talents to surface. Team performance set in a relaxed and informal environment can relax staff and help new team members open up more. Successful teams work well professionally and may even strive for leadership roles.

A Couple of Examples of How Team Building Can Backfire If the Culture Is Negative.

Competition Drives Progress, But It Can Also Drive-In Fighting.

After college, I worked for a big oil company, and the culture was very competitive. When a job opening came up, anyone in line for a promotion fought like dogs to make themselves look good. Some resorted to trying to make their coworkers look bad in the process. 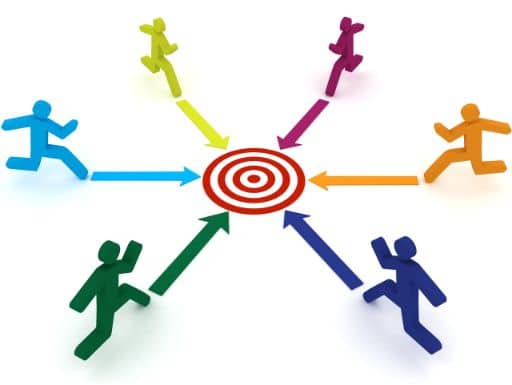 The first year that I was there, we had a huge company picnic ending with the annual softball game. On one at-bat, a coworker from the opposing team hit a high pop-up to center-field. Our extra center-fielder (we had two so that everyone got to play) missed the catch. Knowing that the mistake would likely cost the team a run, he tried to throw the ball all the way to home plate. He missed by a mile. As a result, the other team ended up scoring a second run.

My coworker felt really bad. I could feel the disappointment radiating through this guy. Instead of offering supportive guidance, the 2nd baseman turned back to him and said, “Next time, just throw the ball to me.” Of course, he glared at the poor guy while he said it. The reaction of the second baseman further shamed the coworker on a more personal level as if his athleticism made him a poor employee. Basically, something that should have been fun and helpful became more of a disappointment.

While sports have clear expectations (just like the office), rules and procedures that must be followed, it does not always mean that the same working environment belongs on the ball field.

Team Building for a Bunch of People Who Are Not a Team Will Not Make Them a Team. 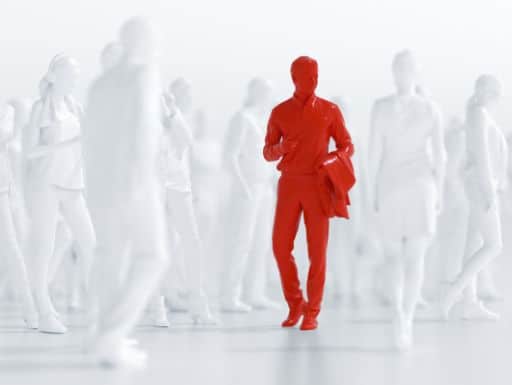 One final example. One of the local Chambers of Commerce had a year-long leadership development program. When I was first starting my own leadership company, I thought it would be a good idea to attend. About mid-way through the year, our group traveled to a Ropes Course for some “team building.”

I have to say that I really enjoyed the activity, and I really felt good after I finished. Because I have a big fear of heights, many of the things that we did that day were a big challenge for me. For most groups, a Ropes Course would have also had a benefit to teamwork.

Alas though, the group that I was a part of had a big problem… We weren’t a team. We were a group of independent entrepreneurs. Sure, some of us worked together on projects. However, most of us only saw each other for a few hours once a month at the meetings. So a shared-experience style of team building was a waste for us. Many companies have a similar result when they do an event for salespeople. Because salespeople tend to work alone, getting a group of salespeople together to bond or to improve teamwork is usually a wasted activity. Similar to writing or public speaking, an important part of planning team-building events to boost culture, you need to understand your audience or team.

Build Your Culture First, Then Add Some Fun to Your Meeting Agenda. 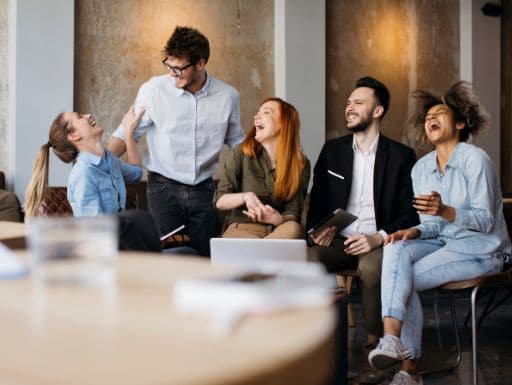 So, do good team-building activities work? Absolutely. However, to build a good team culture just organizing a fun outing with your employees won’t help on its own. The first step is to create an atmosphere within your office that people want to be a part of. Align your company’s core values to those of desired employees Below are a few tips that may help.

After you have successfully created a fun culture around the workplace, then any team activity you invest in will have fantastic results! (By the way, if you are looking for a shortcut, try Creating a Team Culture.)

← Why Do We Need Team Building? The Benefits of Team Activities to Your Business Daily Leadership Tip #22 - Establish Solid Trust Before Offering Advice →