“I have opinions of my own — strong opinions — but I
don’t always agree with them.” – George W. Bush 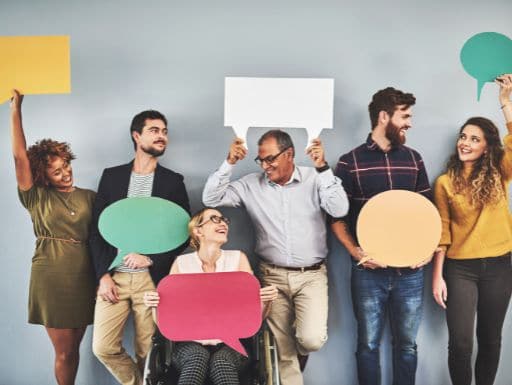 One of my class members was a project manager for a commercial construction company. On the last day of a big job he had been working on, he noticed that one of the sub-contractors had bricked the doorframe the wrong way.

To make matters worse, the architect and the client were expected later that afternoon to conduct the final walk-through. He knew that if he had to call the mason back out, it would take at least another day and would cost a few thousand dollars.

Since he was in a bind, he called all the foremen together and asked what they thought he could do to fix the problem. One of them asked to borrow the crane and a Skill saw and beveled the rocks by hand. The work was done so well that the architect sent a picture of the building in to be judged for an award from the American Institute of Architects.

ASK THE OPINION OF YOUR EXPERTS TO GAIN INSIGHT

When we are under the gun, most of us want to take control and begin to order people around. Since time is short, we want to quicken the pace by just telling people what to do instead of asking them their opinion. When we do this, though, we are often missing an opportunity to gain great insights from the people who are on the front line.

One of the hardest things for young people to realize when they get their first leadership position is that they don’t know everything yet. When we are young, we think that our formal education taught us everything we’d ever need to know.

When we get into the real world and realize that we don’t know it all yet, we want to make sure that no one ever finds out.

TO BECOME AN EXPERT, ASK FOR HELP FROM OTHER EXPERTS

The best thing to do in this situation is to admit that you need help or more information. Most people around you will respect you more.

Captain Christopher J. Courtney in his article called “The Successful Lieutenant” said it well, “It is a cardinal error for a lieutenant to be a ‘know-it-all.’ Nothing turns off the troops faster or brings down morale more than a know-it-all lieutenant… Admitting to your platoon sergeant that you do not know something is not a sign of weakness, it is a sign of honesty.”

WISDOM COMES BY GAINING FROM THE EXPERIENCE OF OTHERS

When we take the time to ask those around us who have years more of experience in the industry what they think, we can gain great wisdom.

In addition, when we implement some of the great ideas from the people who work for us, they will jump into the change feet first. People love a world that they help create. If you want to gain buy-in from others, ask for their opinion and really listen to their responses. You may find the ideas they come up with to be very valuable.