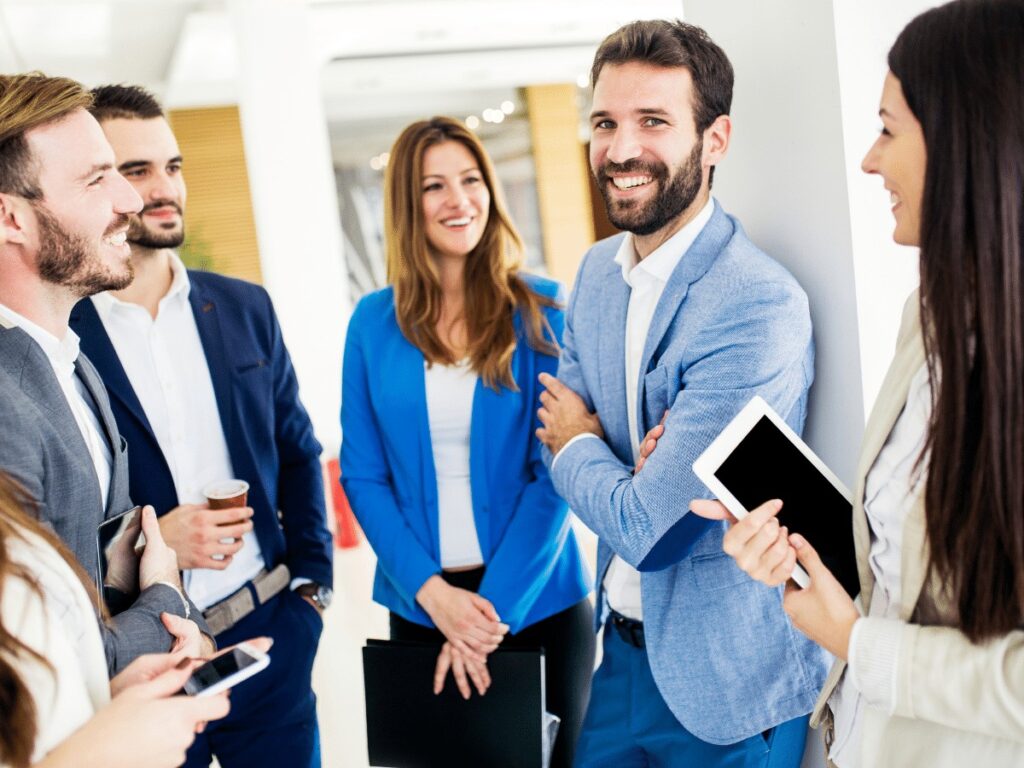 Interpersonal Skills (Definition) are the qualities and abilities to work effectively with others. In business, when we talk about good interpersonal skills, most often, we are referring to “soft skills.” (This is the opposite of technical skills.) These include communication skills, the ability to work with others, social skills, and conflict resolution skills.

By the way, step one to build a team culture is to improve the interpersonal skills between and among team members.

For details about the steps involved in creating this team culture, see the following: High Impact Leaders Course or Creating a Team Culture.

Keep in mind that the term “interpersonal skills” can cover a lot of ground. To show the different types of “soft skills”, we have broken these important skills into different categories. Interpersonal Skills is just a single category of soft skill. The other categories are Leadership Skills, Management Skills, and Supervisory Skills.

Job placement websites or resume websites will sometimes lump these different types of soft skills together. There is nothing wrong with doing this, but it can just become very confusing. So, if you look at our list of interpersonal skills below and something is missing, try one of the other soft-skills lists.

Emotional Intelligence has become a kind of “buzzword” in the business world. (Personally, I believe that people create words and terms like this to show colleagues how smart they are, but I digress.) Basically, this term describes how well a person expresses and controls emotions when dealing with others. So, in effect, this term really encompasses all of the other interpersonal skills.

I have included the term in the list, though, because you will likely come across the term when others are discussing interpersonal skills. When you hear someone use this term, just think “people skills.” That is a more common way to describe the concept.

In addition to Emotional Intelligence, a common all-encompassing term for interpersonal skills is “people skills.” This just means the skills that we use when we deal effectively with others. So, if you look at the list of skills below, each of these could be characterized as a people skill. However, managers often look for teamwork and people who work toward a common goal.

Responsibility is the ability to account for your actions. The term also refers to the ability to act independently and make decisions without having to ask for authorization. At work, this term often refers to people who make sure that the job is completed to the highest standard. This term applies even more when the person is taking on a new role or job function.

The interpersonal skill assertiveness allows a person to speak up and communicate with authority. We all have those situations where we have the ability to do something or say something but hesitate. Then, later we will kick ourselves saying, “I should have said something” or “I should have done something!” The more self-confident a person is the more likely he or she will have fewer of these instances. By the way, body language is an important skill dealing with self-confidence as well. A confident person will maintain eye contact during communication.

On the list of interpersonal skills, employers and managers often put dependability at the top. Great teamwork depends on high dependability among team members. One of the most frustrating things for a leader is to have a highly qualified team member who lets the team down.

It doesn’t matter how skilled we are at dealing with people, eventually, we will get involved in a conflict. So, a person’s ability to respond effectively to conflicts is an important interpersonal skill. When coworkers experience a conflict, human nature is to get angry and respond in kind. However, a person who is angry will rarely think logically. So, people who have good conflict management skills will often reduce emotional tension during communication. That way, a solution to the conflict is more likely.

Flexibility allows a person to adapt quickly to changing circumstances. This skill has always been an important interpersonal skill. However, as technology improves at a faster and faster rate each year, flexibility has become more important. If you really want to be appreciated by your employer or customers, focus on improving your ability to adapt to change.

Empathy is a key skill that allows us to build rapport with and share the feelings of others. Sadly, in today’s world, many people are pretty self-centered. So, a person who can show empathy and build rapport with coworkers and customers is welcome in any team.

Why Are Interpersonal Skills So Important?

One of the things that we teach our kids is that Knowledge is Power! However, that is only half true. Knowledge is important, but knowledge by itself is pretty worthless. It is not until a person is able to take that knowledge and put it into practice that the knowledge becomes power. (Just as an aside, good relationships tend to be more important if you want to get ahead.) When someone graduates from school, we all make the assumption that the person has accumulated knowledge.

So, since we have made that assumption, we will often look for other qualities to judge the person’s competence. For instance, we look for a positive attitude. Interestingly, a high level of key interpersonal skills actually leads to a more positive attitude. I will give a few examples below.

Interpersonal Skills in a Job Interview. 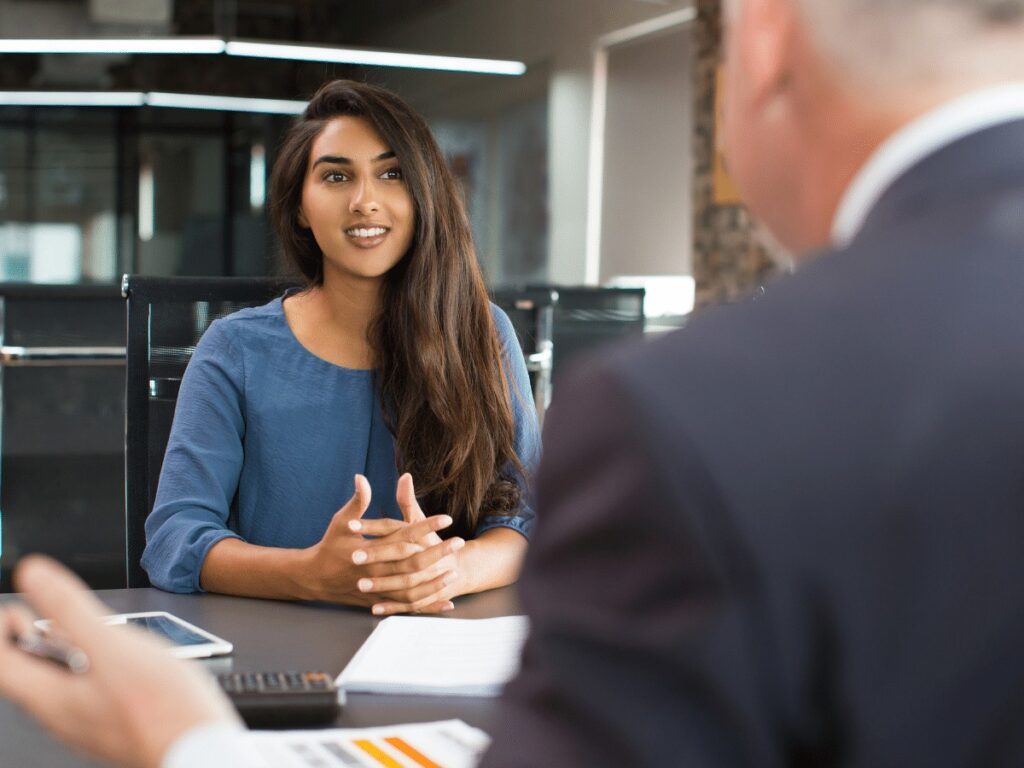 I recently started interviewing candidates for website managers for my company. First, I created an impactful job description. Each of the candidates filled out a job application and sent over a resume. (Some included a cover letter.) We even had them take a competency test. Over 100 people applied for the job. However, fewer than 10 scored either “highly proficient” or “expert” on the test. This made the interview process much easier.

I asked each candidate to schedule an interview. We had five that responded right away. I spent a week interviewing candidates. Based on their expertise, I would be willing to hire any of the five people who interviewed. However, one showed up five minutes late. (Dependability.) Then, during the interview, I had to keep asking him to repeat himself. I often couldn’t understand what he was saying. (Self-Confidence.)

Another was very chatty with my assistant, but I had to pull information from him during the interview. (Assertiveness.) One called to schedule an interview but caught my assistant away from her desk and away from my calendar. She asked him to call us later to set up an appointment. He never did. (Flexibility and Responsibility.)

So my choice was really easy. I just compared the two remaining candidates side-by-side in each of the interpersonal skills areas above. The decision was actually pretty easy. My point is that either consciously or subconsciously, hiring managers are doing this when they choose candidates. If you want to demand a higher salary, show the interviewer that you have and use these interpersonal skills.

Interpersonal Skills are Critical When We Make Buying Decisions. 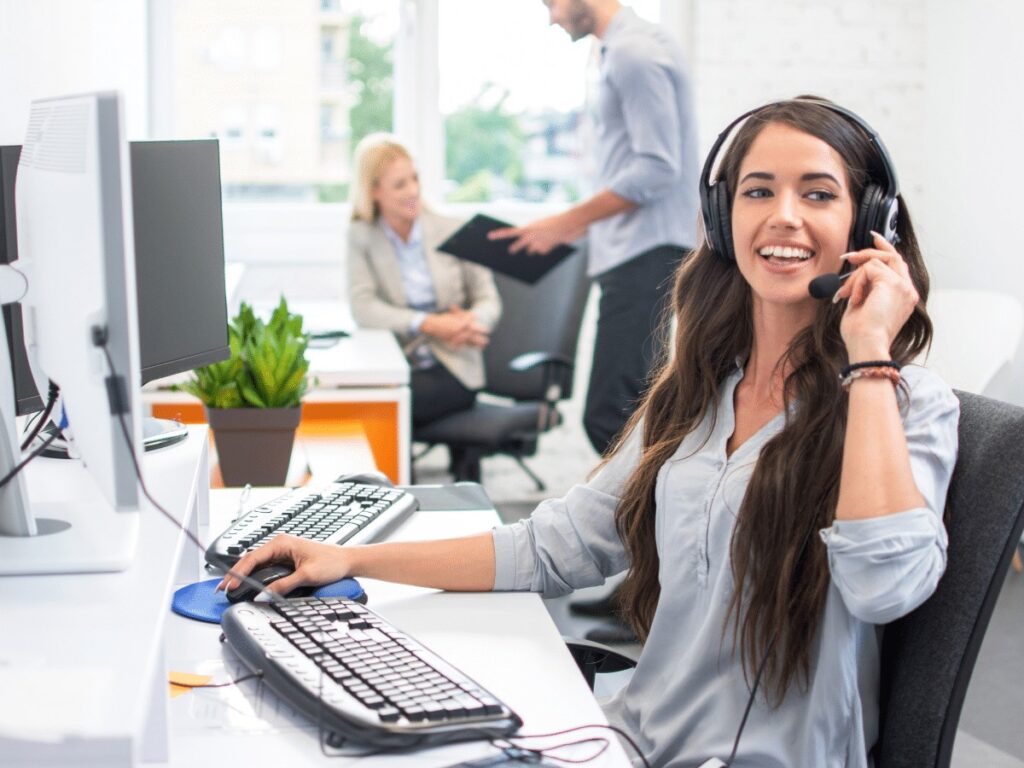 I had an unbelievable ordeal this week at my office. I can’t remember the last time that I was so frustrated. My assistant and our video producer were complaining about the internet speeds of our WIFI. So, about 3:30 in the afternoon, I called our internet service provider. I asked if I could upgrade my internet service. The technician told me that to get to the next tier of service, my monthly fee would go up over 80% (almost double). That didn’t seem reasonable, so I said that I would think about it.

Obviously, I went to the internet to look for options. I found a company with a comparable service for about the price. Interestingly, though, my service provider had the same price in their ad. So, I dialed the number in the ad. I got a different department. The person who answered told me that the advertised price was only for new customers. So, I asked to cancel my service. That was a different department. She placed me on hold.

By this time, I had been talking with the company for over an hour. Finally, the cancellation department representative picked up. By the way, she had a high skill level the interpersonal skills in the list. She lowered my fee, doubled my speed, and scheduled a technician to arrive the next morning.

Interpersonal Skills are Vital to Morale in a Company.

We often focus on developing Leadership, Managerial, and Supervisory Skills. However, basic Interpersonal Skills are critical to morale in the workplace. According to an article on The Balance Careers addressing the top 10 reasons why people quit their jobs, four of the reasons correspond to interpersonal skills.

The number one reason why people quit their jobs is their relationship with their boss. Also in the top 10, though, are relationships with coworkers, the overall company culture, and not being recognized by management. Each of these concepts is rooted in poor interpersonal skills. Team members often reflect the behavior of their leaders. So, if a department or company is experiencing interpersonal conflicts and low morale, it is most often caused by the leadership of the department or company.

Remember that when all other things are equal, the people who have a higher level of interpersonal skills will often be happier and more successful. Employers look at the hard skills first, however big decisions are often made based on relevant interpersonal skills. Is the person good at problem solving. Is the person a good team player? Does the person’s non-verbal communication match the words she said in the interview?

A few important things to remember are that prospective employers and team leaders want team players. If you have great interpersonal skills and are a good listener, you will build strong relationships.

For details about the best way to become a world-class leader, go to our Leadership Training Course web page. You can also access our weekly Leadership podcast on iTunes by searching for High Impact Leaders.