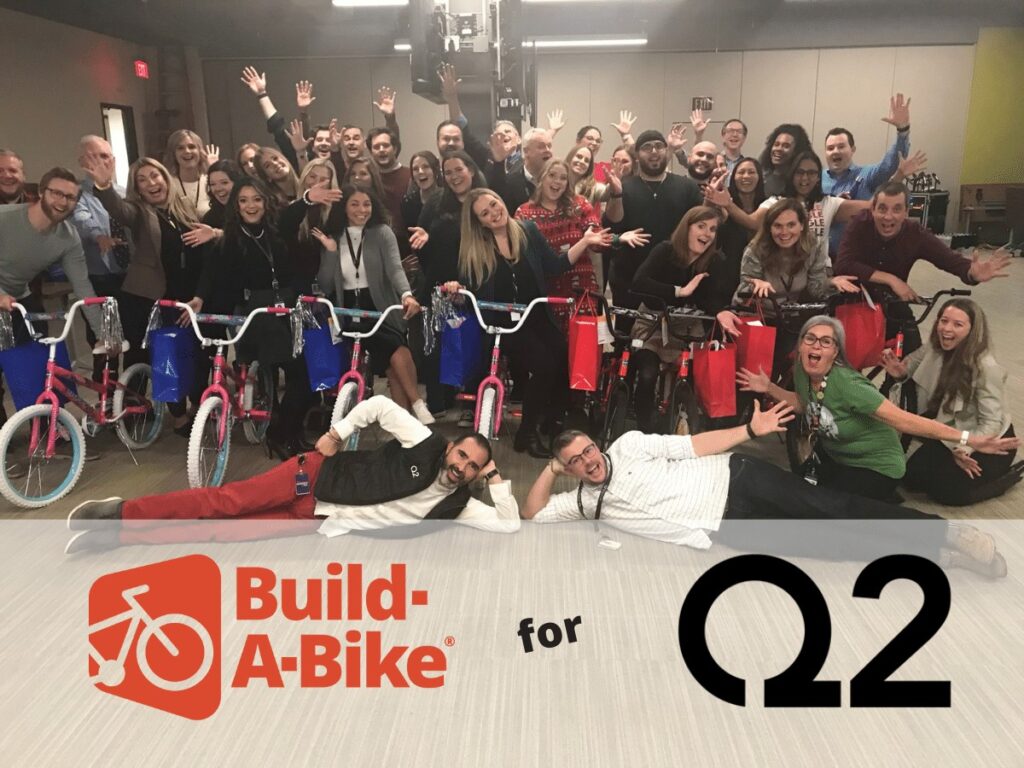 Q2 is an e-banking company with its headquarters in Austin, Texas. Although they are based in Austin, they have offices all over the world. Their marketing team came together in person for the first time since COVID shutdowns. Most team members fly in from all over the nation. There was even an employee who flew all the way from the UK.

After talking with the wonderful lady who arranged this activity, Sarah, we learned that this was the first time, since COVID, that they were using the conference room we were in. You could tell from the team’s energy that they were happy to be back in person. There was also a holiday party planned for after the activity, a few employees were dressed accordingly. I distinctly remember a fun holiday onesie and an ugly Christmas sweater featuring a beer Christmas tree.

We kicked off the event with a memory stacking game. I showed them a new trick that increased their memory tenfold. This showed them how just because we are taught to do something a certain way (whether that be by a teacher, mentor, or boss) doesn’t mean that is the best or most efficient way to do things. This activity is intended to make people think outside the box.

There is a section of the event before we build the bikes where the teams create a team flag. I now assume you have to be pretty creative to make the marketing team at Q2 because these flags were IMPRESSIVE. Not only was this group creative but they were really smart too! They zoomed through the puzzles and received all their bike pieces much faster than most groups I have worked with.

They were all very excited to finish their bikes, a few couldn’t resist a short test drive. We usually advise against this but it was hard to tell them no when they looked so happy parading their final product around the teams that had not yet finished.

In the end, we had 8 functional bikes despite the cheeky test drives. The teams helped us load the bikes into our truck and we later donated them to The Boys and Girls Club of the Austin Area. What perfect timing, those bikes are going to be passed out to club kids as a Christmas gift. To some of the kids at Boys and Girls, the gifts they receive from the club are the only gifts they will get this Christmas. Thank you Q2, this donation was truly needed and appreciated by the Boys and Girls of the Austin Area.