If you are anything like me you may be wondering “What does CSR mean?” 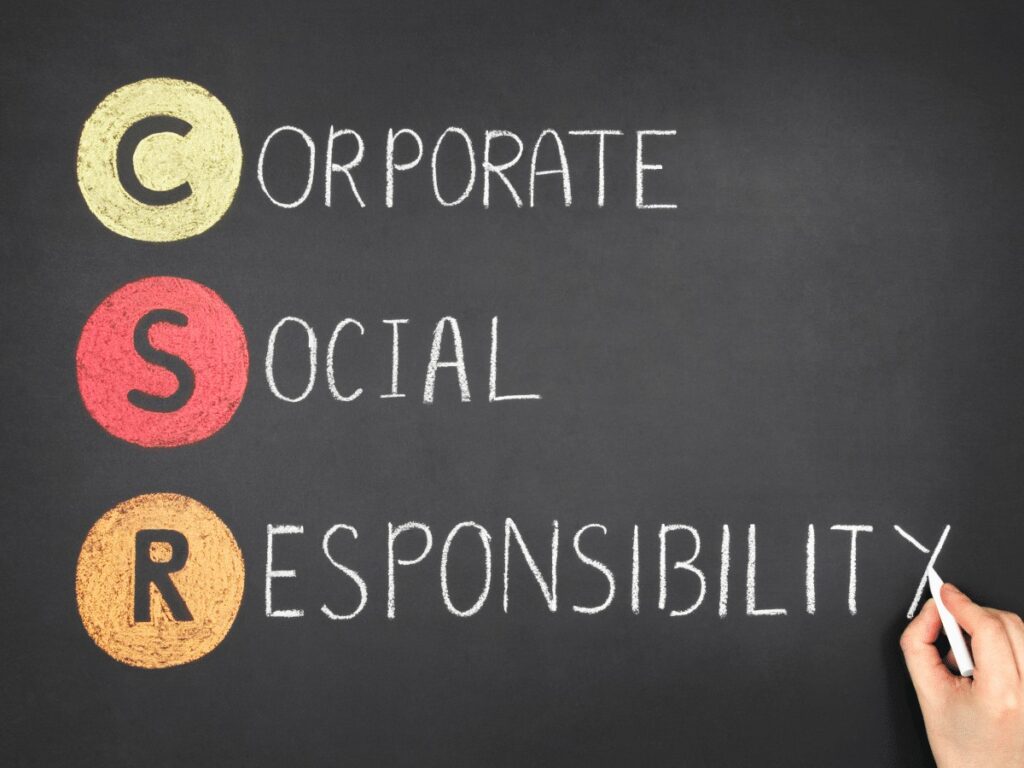 I once had a history teacher who used the phrase quite often. When we looked back at historical events, she would ask “What were these peoples’ social responsibilities to their community? Or their country? Or to their allies?” She wanted to show us that ordinary people throughout history were able to accomplish extraordinary things for the greater good.

For example, what was the social responsibility of the American soldiers in World War II when they discovered concentration camps? Once the soldiers discovered the camps, they had a responsibility to free the prisoners. They would have felt responsible for every prisoner who suffered and died if they failed to act.

So, Corporate Social Responsibility, CSR, is the responsibility of corporations and businesses to give back and help their communities and the world.

CSR is Crucial in Business to Generate Positive Publicity, Especially on Social Media. 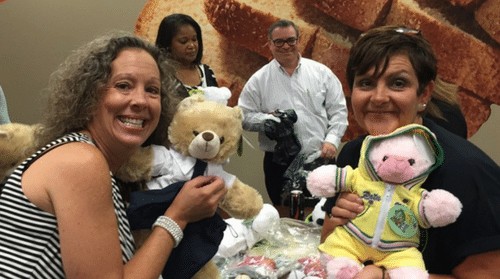 When a person donates time or money to charity, two parties benefit. The person receiving the donation gets a hand up. And the donor gets an emotional reward from being able to help others. However, when companies and businesses participate in the process, a third party benefits as well — the company. The morale of team members gets lifted.

For instance, a few weeks ago, Village MD decided to add a donation to The Boys & Girls Club to their regular virtual meeting. To make the donation more fun and to get the whole team involved, we created a virtual game for them. The group was divided into four teams and each of the teams completed challenges to earn bicycle pieces. The first challenge got the team a set of handlebars. Working together, each team earned the pedals, seat, front tire, and eventually the frame. As they worked on the last challenge that would give them a helmet for their kid, we turned on the cameras at the local Boys & Girls Club.

A team of volunteers from the club were assembling the bicycles pieces on behalf of each team. As the camera focused on the volunteers, the teams were able to watch as the final wrench turns completed each bike. The director of the club gave a heartwarming speech about how her kids were going to love the donation.

So for a small investment, Village MD was able to add some fun and camaraderie to their virtual meeting. At the same time, a few young people in the community received the freedom of a new bike. 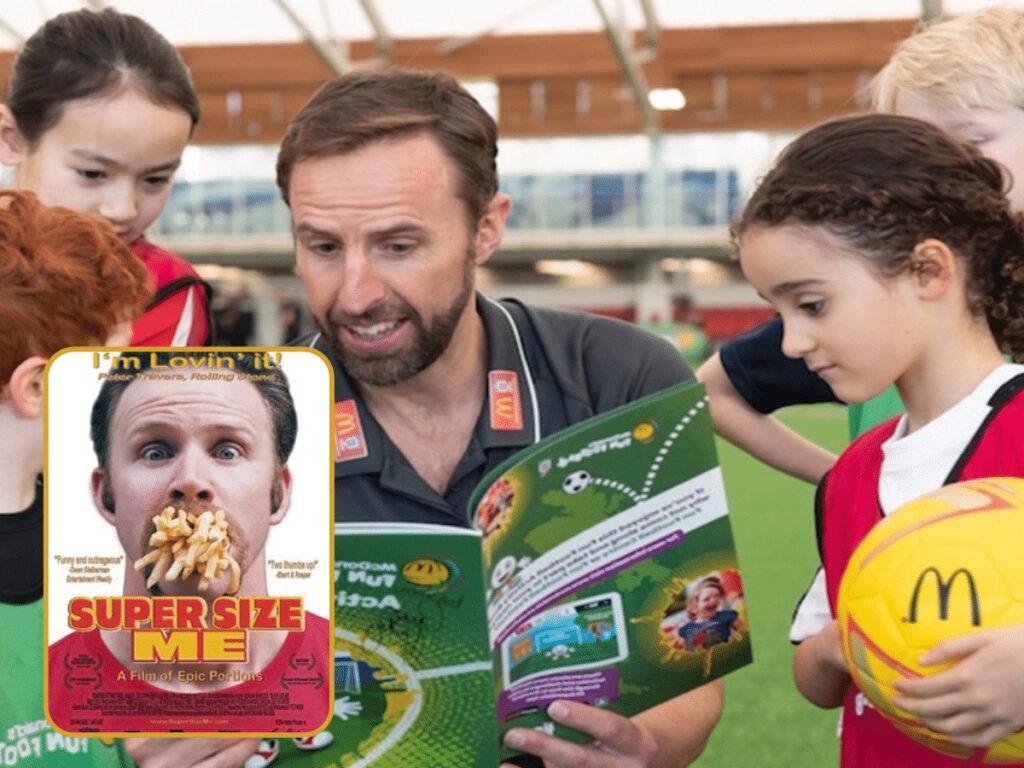 CSR can be a crucial and strategic move for companies to make when the public needs to see them in a good light. It can also be very beneficial when you are wanting to build a bigger client pool. People are more likely to buy from you when they trust you. Having public CSR activities can increase public trust and therefore sales.

Back in 2004, a McDonald’s in the UK had a publicity challenge. A documentary maker released a movie called “Super-Size Me.” The filmmaker ate only McDonald’s food for a month, gained a bunch of weight, and got really sick. The McDonald’s CSR team went into action. They started a campaign to train 10,000 community football (what we call soccer here in The States) coaches. The coaches each work new uniforms (with the famous Golden Arches on the pocket.) They also received a bag of branded soccer balls.

When interviewed, the head of McDonald’s PR team, Caron Beith, said, “It’s a community program for McDonald’s, it’s not a marketing program. When Ray Kroc started McDonald’s, being a part of the community was part of his ethos.”

CSR Also Gives You the Opportunity for Viral Social Media. 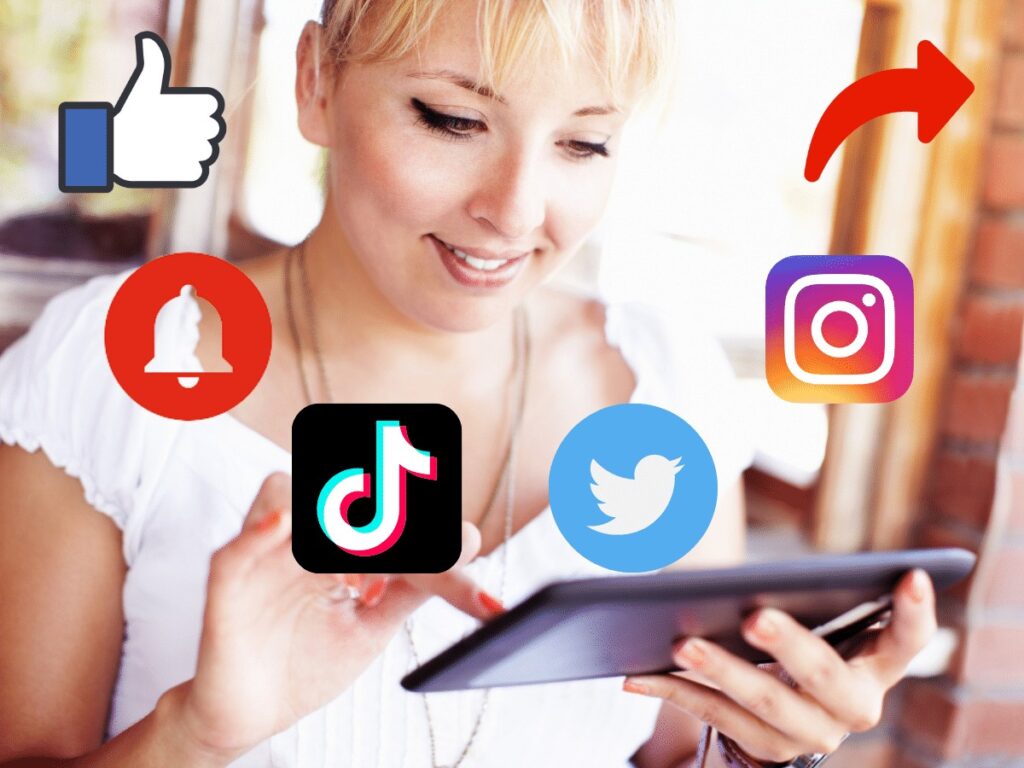 These days, CSR activities are often seen through social media. In fact, just by creating a corporate program, you have the opportunity to begin to receive great social media views and shares.

For example, in 2018, Lacoste launched its “Save Our Species” campaign that went viral on social media platforms like Instagram and Facebook. They designed 10 new variations of their iconic crocodile logo in the shape of endangered species and released limited-edition polos. The money generated from selling these polos was donated to saving these animals. The polos sold out within a day but the buzz on social media lasted weeks with over 600,000 shares.

This campaign increased brand awareness and showed Lacoste clients that Lacoste is a trustworthy and good brand. For a few weeks, Lacoste was all everyone was talking about on social media and that gave them an edge over their competitors.

Examples of Social Initiatives Adopted by Big Companies that You Can Pattern Your Own Policies After. 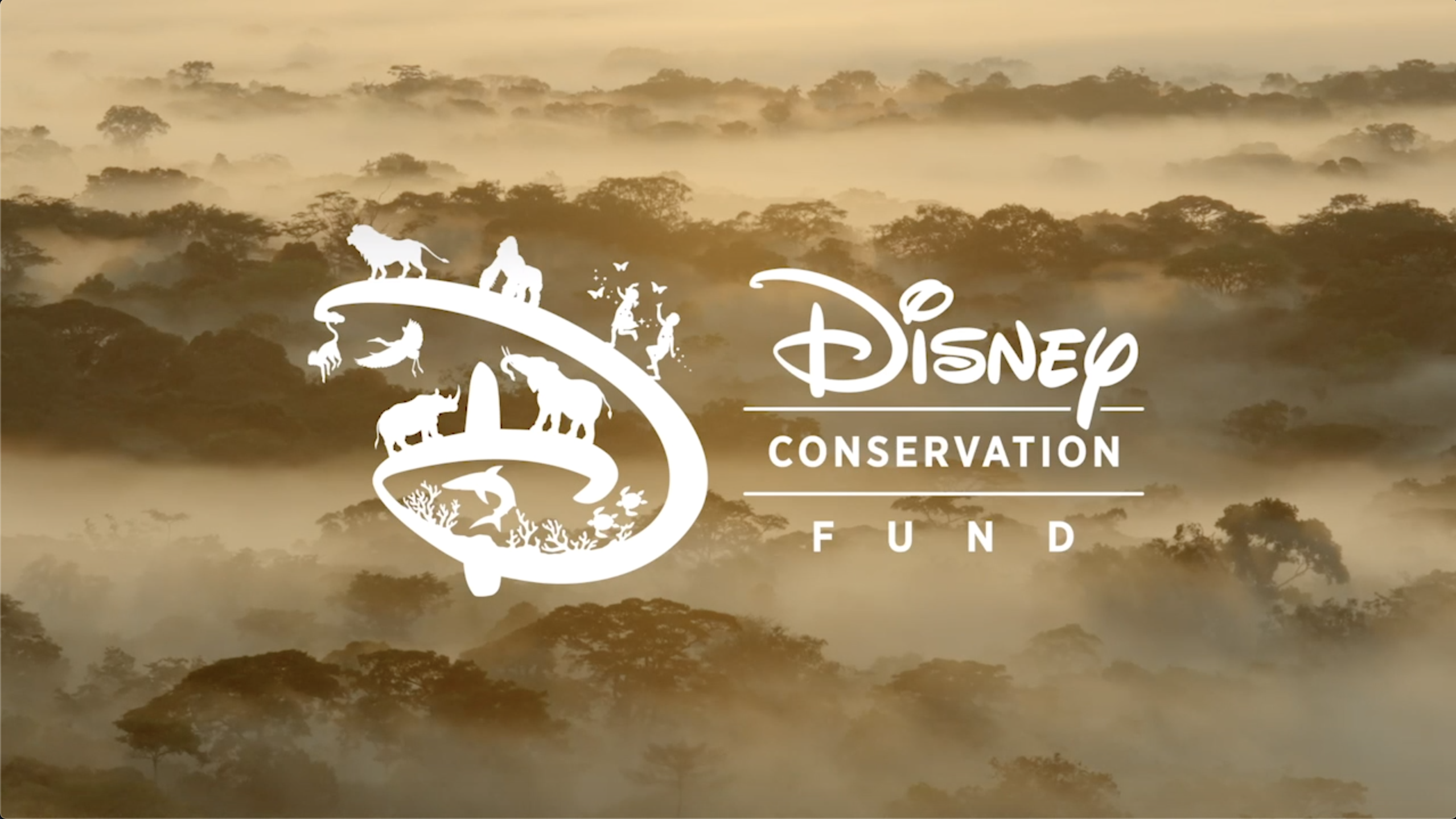 “We believe social responsibility is a long-term investment that serves to strengthen our operations and competitiveness in the marketplace, enhance risk management, attract and engage talented employees, and maintain our reputation.”

One of the approaches they focus on heavily is wildlife conservation. They do this by raising donations with their Disney Conservation Fund. These funds go to local nonprofits that work with their communities to save wildlife in their area. This fund builds public trust because customers see them doing something good for the environment and want to do business with them because they like their cause and trust their intentions.

Nike has a whole section of its news blog dedicated to sustainability. They have articles that talk about them fighting climate change in their supply chain, making a highly sustainable shoe, and how they are decreasing their carbon footprint. Making these efforts and showcasing them to the public is a very strategic move. Nike has many competitors so by showing the public that they are more sustainable than them, they are winning the race and winning over more loyal customers.

Amazon Gives Back by Helping Local Kids in Seattle. 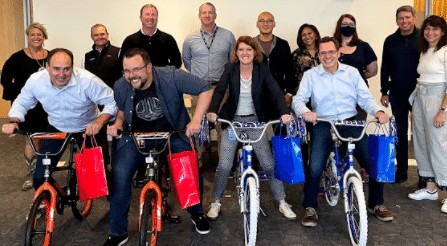 They assembled children’s bikes and donated them to their local Boys & Girls Club. Amazon has now directly impacted the lives of children in their hometown. This reflects well on the integrity and intentions of the corporation. It also generates new customers and makes current customers more loyal as good PR spreads through social media.

In conclusion, CSR activities can help company increase sales and stand out from competitors.

If you are looking for a good CSR activity for your company check out our CSR team building events.