My college football team had an offensive coordinator who was arguably one of the most brilliant minds in the game.  However, he used fear and criticism to motivate his players.

If someone missed a block, he’d yell and curse. If a player dropped a pass, he’d shout profanities and ridicule the player.

Consequently, the players were focusing on their mistakes rather than their successes.  The coach eventually moved on, and after he left, morale improved dramatically.  The very next year, the team won their first bowl game in years and went on to twelve straight bowl games in the following years.

WHAT MAKES A GREAT LEADER? 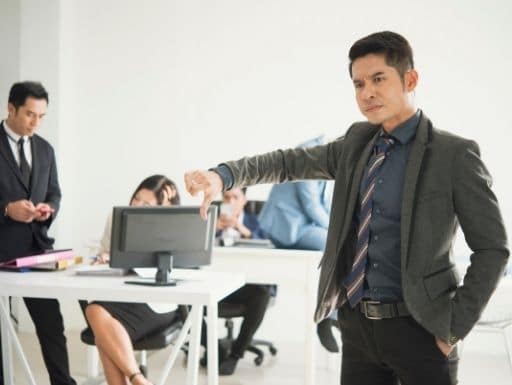 Think about someone who you know who you think is a great leader.  Is this the type of person who quibbles and complains about irrelevant issues?  Does the person point out every mistake?  Probably not.  In fact, this person probably does just the opposite.  The person is probably a master at keeping others focused on the relevant and pointing out every improvement.

ANY JERK CAN COMPLAIN

Any jerk can complain or criticize – and most do.  But real leaders are the people who build others up, not tear them down.

People rarely make a change in their behavior based on criticism.

In section three, we’ll cover seven ways to create behavior change in others without raising resentment.  Each of these tips will work much better than constructive criticism.

The next time you feel like you need to complain or to criticize someone, think about the outcome you want.  Do you want that person to change his behavior? If so, by criticizing, you will cause the person to want to defend himself.  This booklet is full of principles that you can use to build trust with and ultimately influence others.  The next time you want to criticize or complain, try silence as an option.