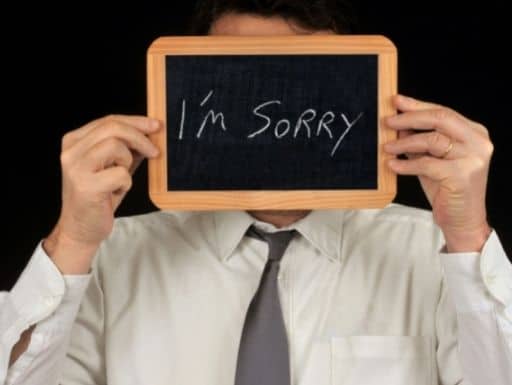 “Never does the human soul appear so strong as when it forgoes revenge, and dares forgive an injury.” – E. H. Chapin

This principle sounds like common sense, but it’s uncommon in practice. Many relationships have ended with one party feeling slighted by the other, and neither side is big enough to make amends. And the longer we wait, the more the problem festers.

Two managers were recently consulted about a very sticky problem that had surfaced. The senior manager offered a suggestion to the boss that sounded reasonable. However, the more junior manager disagreed. Then, in front of other staff members, he told everyone why the idea wouldn’t work.

After a few weeks, the junior manager noticed that tasks that had usually been completed in a timely manner by the other manager were taking an unusually long time. He knew why. So, he pulled the other manager aside and offered an apology.

Realize that if the junior manager had apologized quickly, the outburst probably wouldn’t have occurred. The longer that a problem or argument festers, the more damage will develop in the relationship. So, mend fences with those you have wronged, and do it quickly.