“Never tell people how to do things. Tell them what you want them to achieve and they will surprise you with their ingenuity.” – Gen. George S. Patton 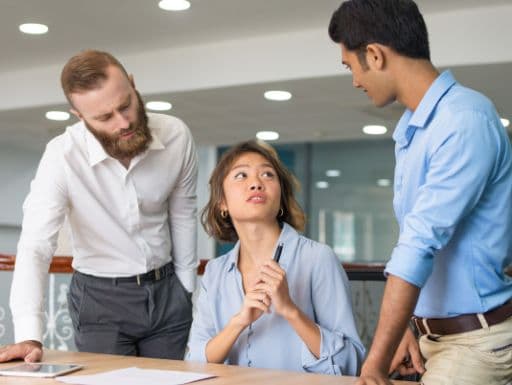 David was a recent graduate of engineering school and was in his first supervisory position on a construction project. Many of the men who worked with and for him had 10, 15, and even 20 years of experience.

David’s job was to interpret the designs from the architect and get his crew to implement the designs. So, every morning, he would meet with the superintendents and foremen and tell them what they were to do that day.

After a few months, David began to realize that the ideas he brought to the crew typically were either taking a long time to implement or had to be reworked.

David’s general contractor realized what was going on and explained to him that the crew resented being ordered around on the job site. He asked David to begin to ask for the advice of his superintendents and foremen rather than dictating to them.

The difference was like night and day. David began drawing up alternative plans and bringing them to the crew. He would ask their opinion, and nine times out of ten his original idea was the popular choice. The other 10% of the time, David learned valuable insights about design and construction. Things he could have never learned in school. Rework dropped dramatically.

When we order people to do things, they will resent us for telling them what to do. Even if there is a great deal of trust, the person being ordered around will typically follow through out of compliance versus cooperation.

However, when we ASK people to do things for us, they will usually respond in a much more positive way. You can have similar results if you ask questions instead of giving orders.