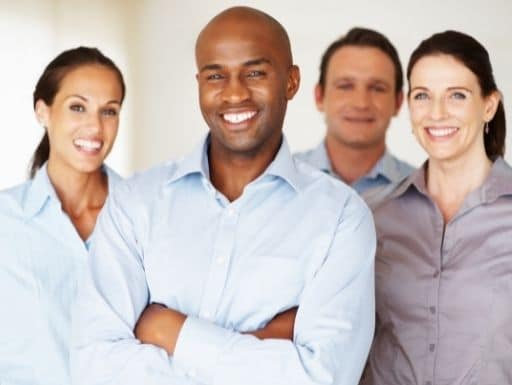 One thing I learned in high school and college was that if I wanted people to take me seriously, I had to have a serious, stern look.

I learned that if I was to be “in charge,” I had to look unyielding.

Then I got into the real world and realized that the stern, unyielding look came across to others as a scowl.  (Yes… Many of the things that we learn when we are young turn out to be bad practices when we get more experience.)

One morning, in my first job out of college, I came into the office and my boss pulled me aside and asked, “What’s wrong?  Are you okay?”

I told him that I was fine.  However, he persisted. He just knew that I must have been having a bad day, and he was concerned.

I was finally able to convince him that I was happy. Later, though, I rethought the entire conversation. Was it possible that my stern look was causing people to think that I was mad or unapproachable?

I made a change that day.  I began smiling more. Low and behold, people began smiling back.  Eventually, they even began to make small talk.  It was amazing.

PEOPLE TEND TO RESPOND IN KIND WITH WHAT THEY SEE

I told this story to my class once, and one of my class members took it to heart.  He went home that night, and when his wife met him, he smiled a very big grin at her.

When he woke up the next morning, she had made him breakfast for the first time in two years.  You can bet he is smiling more often today.

Many managers and supervisors have an “open-door policy,” but because of the atmosphere that they create, no one ever walks through the open door.

When someone has a problem or needs help, they walk up to the door, just about to walk in, and they see the negative countenance.

Most people just turn around and decide to come back later.

A neutral expression can be just as unconstructive.

People don’t like to guess whether someone that they work for or work with is in a good mood or bad mood.  A genuine smile can do a lot for you and for the people around you because it will make you more approachable.

Smiles are also contagious.  One well-placed smile can go a long way to improving morale and building rapport.