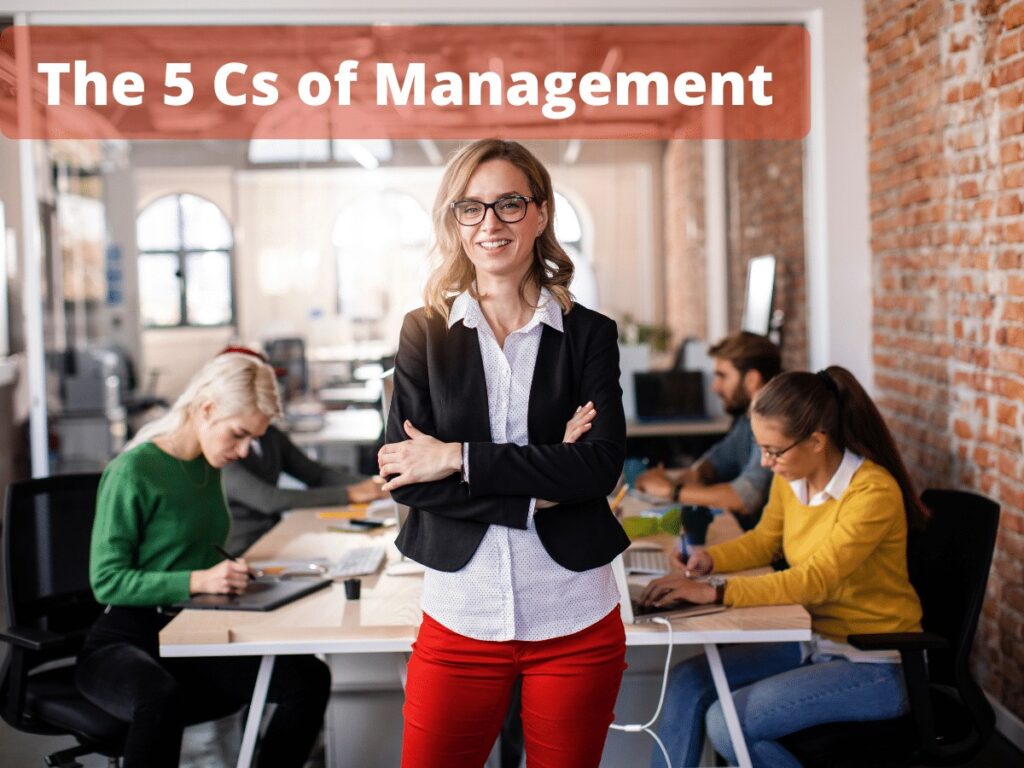 I was flying home several months ago from a management-leadership program I was teaching for a company in Phoenix, and I struck up a conversation with the gentleman next to me on the plane. During the conversation, I asked him if he considered his boss to be a good manager, and he said, “Yes, he is.” I then asked him if he thought his boss was a good leader, and after thinking a moment, he said, “No, he isn’t.”

This man was not alone in the way he thought. According to a survey by the marketing information company TSN, “Less than one-third of all supervisors and managers are perceived to be strong leaders.” As a result, increasingly larger percentages of our workforce are disengaged. According to the survey

There is a tremendous opportunity for managers and supervisors to set themselves and their companies apart from their competition. So what does it take for a manager to be “perceived as a strong leader?”

THE FIVE “C’S” OF LEADERSHIP

People will not follow someone for long if they can’t trust them. Not long ago a well-known CEO was “ousted” after a probe into a personal relationship with a female executive at the same firm. “The board concluded that the facts reflected poorly on his judgment and would impair his ability to lead the company…his actions were inconsistent with our code of conduct.” Leaders have to be trustworthy to produce sustainable results.

The old cliché is true: “People don’t care how much you know until they know how much you care.” When Lou Holtz was coach at Notre Dame, the second question he used to ask every player before being selected to play after “Can I trust you?” was “Do you CARE about me, your teammates, and Notre Dame?” If a player had a selfish motive for being on the team and didn’t care enough to put the team interests first, he didn’t want that young man on the team. He also said if the young man didn’t believe that he could trust the coach and feel cared about in return, he shouldn’t want to be on the team. Leaders show they care about their team personally and professionally.

There’s a poster on the gym wall in Clint Eastwood’s movie Pretty Baby that says “Winners do what losers won’t do.” Leaders are like that also. They DO things poor managers won’t do. Arguably, one of the greatest business leaders of our time was Sam Walton. What was his number one rule for business success? COMMIT to your business. “Believe in it more than anybody else. I think I overcame every single one of my personal shortcomings by the sheer passion I brought to my work. I don’t know if you’re born with this kind of passion, or if you can learn it. But I do know you need it.”

Leaders know where they are going and demonstrate by their words and actions that there is no doubt that they will arrive. Furthermore, they make you want to go with them. They instill confidence in you as well. They get you to believe in yourself and your team and to see yourself as winners before it actually occurs. In his book Reagan on Leadership, James Strock lists Ronald Reagan’s accomplishments while in office and concludes “Above all, Reagan restored America’s belief in itself.”

Leaders have crystal clear compelling visions and communicate those visions repeatedly.
In his book Leadership, the first principle Rudolph Giuliani shares is his insistence on his routine morning meeting. “I consider it the cornerstone to efficient functioning within any system…We accomplish a great deal during that first hour, in large part because the lines of communication were so clear.”

In addition to letting people also know clearly where they stand, leaders are also exceptional listeners. In his book Team Bush – Leadership Lessons from the Bush White House, author Donald Kettl discusses how President Bush “makes sure he listens” to his top advisors. The lesson? “Make sure you get unfiltered information. Top managers need all sorts of information, good and bad…especially bad. This is why it is crucial to have a mechanism in place that ensures a steady stream of information from all quarters.”

Managers who develop these qualities will create an environment where their team will willingly do what they would not otherwise do.

John Wright is a speaker and trainer for High Impact Leaders Management Training. He specializes in leadership and management programs for all levels throughout organizations. He can be reached at 1-800-872-7830.