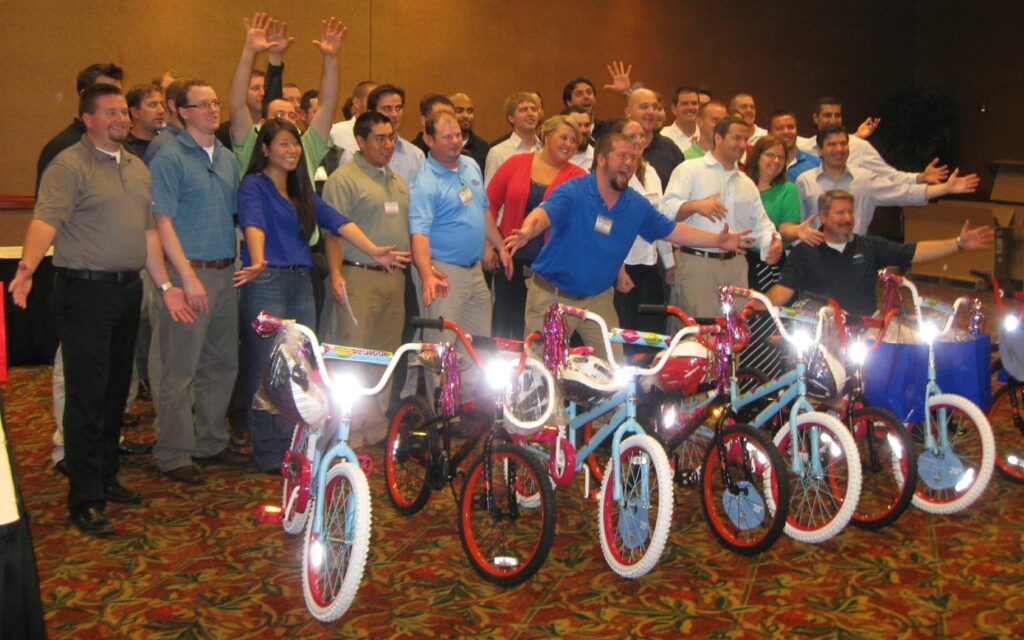 Mass Electric Construction Co. is one of the nation’s premier electrical contractors. They are a leader in providing complex and large-scale electrical construction and maintenance services. Since Mass Electric focuses on an individual’s strengths and quality of the work, they hosted the Build-A-Bike reg; program in Irving, Texas which is between Dallas and Ft Worth.

The group of 40 people had already had three days of training. This activity was totally different than the other, though. One participant said, “When I first walked in… I wasn’t so sure what to think.” Was it competitive enough for this group? It was.

Mass Electric Has a Blast Building Bikes for Kids in Irving, TX.

They used the first activity to divvy up the team into groups based on individual strengths. Not only was it fun, but it forced them to complete a team building task and work together for success. The end result was helping someone else in need. It was pretty touching and rewarding.)

This group had spent the last year as a company using the Strength Finder program to identify the strengths of each of the participants. So we customized the event to focus more on helping the group recognize the strengths in each other and better organize themselves into teams that collaborated better with each other.

If you want information about how your team can organize a “charity bike build” click this link. For a list of all of the fun team building in Fort Worth, TX, click here.

It was a blast, and the group appreciated the tailoring of the material to their specific needs.