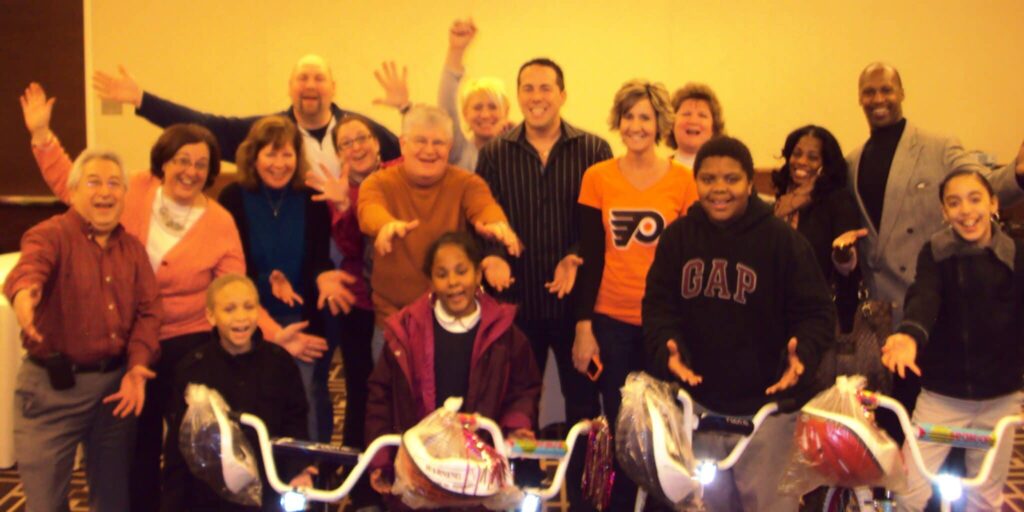 10 employees of Sodexo came together for Team Building in Atlantic City, New Jersey, for a great Build-A-Bike ® Team Building Event which ended with 4 children from the New Jersey Boys and Girls Clubs receiving new bicycles.

The event was filled with fun activities that had the participants learning and laughing. Throughout the 2 hours, there were communication and team building ideas presented both overtly and subtly. The fun activities were filled with applications that will help each of the individuals and their leadership abilities. The ideas presented weren’t theories but skills that throughout the activities the participants had the opportunity to put into practice.

During the Build-A-Bike Team Building Event there were many opportunities to learn great team building and leadership skills and put them into practice. It is stressed from the start of the program that it is not a competition. The idea is to support and work with one another. It is a hard concept, especially when you’re divided into groups. By dividing into groups competition is almost automatic, even if it is discouraged.

The problems that needed to be solved to get the bike parts were most easily solved when working with other teams. The most effective and efficient way to solve many problems is to ask others for help. However, it is a hard thing to do, especially if you view the activity as a competition.

But divisions, different locations, anything that segments one company into many parts, can create unhealthy competition that keeps them from sharing vital information with other groups. Ultimately, the 10 participants from Sodexo realized that they were one team, not 3 teams, but one team- made up of 3 sub-groups, with one goal- to build bikes for kids. They did a fantastic job and not only did the 4 children that received the bikes benefit but so did the communities they live in.

If you want information about how your team can organize a “bicycle building team activity” click this link. For a list of all of the team activity in New Jersey, click here.

Thanks, Sodexo, for a great Build-A-Bike Team Building Event and for making a generous contribution to families in New York and New Jersey.