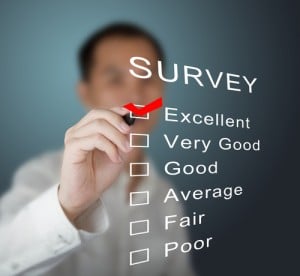 Every few years a new training fad will become very popular and be all the rage, but these fads are often short lived. The fads are typically introduced to the business world by a charismatic speaker or a well publicized book, but they all have a single aspect in common — the results that they develop are anecdotal so the tips and techniques may work in some situations, but often fall flat generally. The newest fad is being propagated by the Gallup Organization, so before you do what they suggest and “break the rules” or “find your secret strengths” be weary. The biggest test for the tips and techniques is to ask the author, “Before you actually wrote your book, what businesses did you build?” The reason why this test works is because after the book is published, thousands, hundreds of thousands, or even millions of readers may have attempted to implement the tips. If only one of these millions succeed, then guess which one is going to be talked about by the author? You can bet it won’t be the hundreds of thousand who wasted a bunch of time and money chasing the elusive success.

Below are a few of the past fads. This is in no way comprehensive, because these new fads come and go and are soon forgotten, but the ones below will give an example of how these work.

In Search of Excellence – Tom Peters

First published in 1982, this book took the business world by storm. Tom Peters made a name for himself as a business consultant, but this book was his masterpiece. In it, he identified 60 companies that were “successful,” and he identified the characteristics of these great companies. If you just do what these successful companies do, your company will become successful as well. However, by the end of the 1980’s many of these successful companies — using their own techniques — had gone bankrupt and others were anything but “excellent” within a decade. Names that you may recognize are IBM, National Cash Register (NCR), Xerox, Eastman Kodak, Delta Airlines, Hughes Aircraft, American Airlines, Atari, General Motors, Kmart, and more. These were the companies that Peters chose to tout as excellent and successful. Where are they now?

In 2001, Jim Collins wrote this book using the same strategy Peters. He identified eleven “good” companies who did certain strategies that moved them into the “great” category, and he identified eleven other “good” companies that didn’t make the jump to “great”. Again, just do what these “great” companies did, and your company will be “great” as well. One of Collin’s “great” companies were Circuit City which went bankrupt in 2009 (I lost a bunch of money on that stock). Another of the companies was Fannie Mae, which in 2007 and 2008 was reaped in scandal for being poorly run and being a major factor in the current recession and the fall of dozens (if not hundreds) of banks. Just as an aside, the “good” bank who hadn’t made the leap according to Collins was Great Western Bank (not sure exactly why he chose this company) who survived the downturn and has doubled their net assets during the recession — primarily by buying out other failed banks.

One of the challenges with fad books is that there is often just enough truth in the text to make readers believe that everything in the book is true, and this particular book has a lot of fantastic information — and a lot of stuff that is just dead wrong. Buckingham is not an industry leader or even a consultant. He is a manager at the Gallup organization, and the entire book is filled with conclusions drawn from hundreds and hundreds of Gallup polls and no practical experience in the real world. Gallup is considered to be one of the best polling companies in the world, but this is the company who, in 2004 published polls just two months before the presidential election were predicting Bush would beat Kerry by 13 points, two weeks later, they had Kerry up by two points, and two weeks later they had Bush up by eight points. Bush ended up winning the election by just two points. In 2008, Gallup was ranked the 20th most accurate polling company (out of 23) in the presidential election, so they were third from last. Because of the success of this book, though, Gallup has created a whole consulting company to help companies implement some of the suggestions that they made based on survey data. A follow up book called Strength Finder is now out. It has similar challenges.

There are a lot of “experts” who are good speakers or good writers, but they don’t really have the fruit on the tree. Before you invest thousands of dollars in team training or organizational consulting or before you read some tips out of a book and make them a policy, do some research on the author or speaker. Most good consultants will have their success first, and then they write a book about it. If the book is first, it will often have flaws.