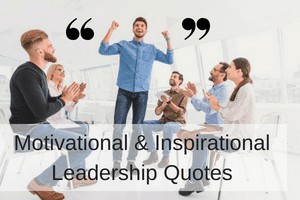 Don’t you hate quote pages that have bunch of boring and irrelevant quotes from people that you have never heard of? I do too. Below are some of my favorite Motivational and Inspirational Leadership Quotes. I’ve broken the quotes down into leadership categories, so they are easier find. I’ve also included the absolute best thing said by some of the most famous leaders in history. So, if you are looking for inspiration or motivation, this list should help!

When I first started The Leader’s Institute ® back in 2002, I began each session of my High Impact Leaders Course by asking a simple question to the group? “Think about a leader that you know. What characteristics does this person possess that other people don’t?” The following were always the most common answers, so I chose to organize these leadership quotes by the characteristics of a powerful leader.

Out of all of the aspects of a leader, self-confidence is the characteristic that stands out the most. You will be hard-pressed to find any person that others look up to who doesn’t believe in himself or herself first. Step one in being a persuasive and powerful leader is believe in yourself!

For additional reading on this topic, you might take a look at “Can You Tell If Your Team Thinks You Are a Good Leader?“. 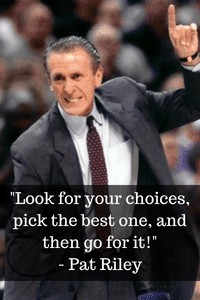 Another important aspect of leadership is to be decisive in your actions. A leader isn’t afraid to make mistakes. Rather, he or she will take action and then learn from every decision. In fact, leaders are not those who rarely make mistakes. They are people who make confident decisions, and then when they find that the decision is wrong, they make different choices in the future. 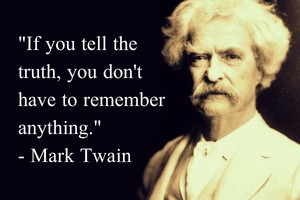 You can’t create a list of inspirational leadership quotes without including integrity. An honest person will develop friendships and camaraderie. A liar will breed contempt. Keep your word. Treat other people fairly. If you do, you will be respected by everyone that you meet.

For additional reading on this topic, you might take a look at “Do You Really Know How to Morivate Your Team?“. 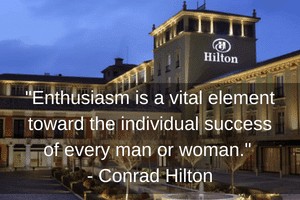 The first sales book that I ever read was “How I Raised Myself from Failure to Success in Selling” by Frank Bettger. In the first chapter of the book, he talks about how he used enthusiasm (and only enthusiasm) to go from getting fired from a minor league baseball team to playing for the St. Louis Cardinals in a matter of weeks. It is one of the most inspirational leadership stories that I have ever read. He really understood that a successful leader shows enthusiasm in everything that he or she does!

In order to be a confident leader, one must have a vision of where he or she wants to go and a plan to get there. Great people are trail-blazers who have a passion to accomplish the tasks that they set out to conquer. Below are a few of my favorite motivation quotes about goals.

For additional reading on this topic, you might take a look at “Four Ways That Poor Leadership Skills Can Ruin Team Morale“. 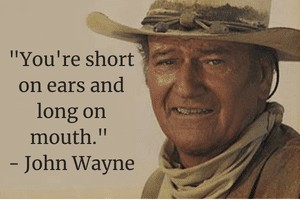 My best friend when I was growing up, Chris, used to tell me, “Doug, you’d argue with a brick wall. I keep looking for the day that we’re all leaving school and see you on the sidewalk yelling, ‘You are NOT red!'” Although, I may be more extreme than others in my want to be heard, it seems to be very natural that most people just want to be listened to. So, when you are a good listener, you are giving those around you a vital fulfillment that they rarely receive. In addition, you also learn a lot more! It is no wonder that so many inspirational leadership quotes focus on listening.

For additional reading on this topic, you might take a look at “Improve Listening Skills in the Workplace“. 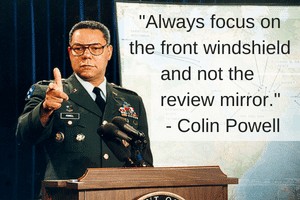 In addition to being decisive, a good leader is also focused. Having 1000 projects that never seem to get completed is a road to failure. I remember as a kid watching a plate spinner at the circus. He would stick a plate on a wooden stick with a point on the end. Then, to balance the plate on the sharp point, he’d spin the plate. While the plate was spinning and balanced, he’d start a second plate. Then a third. Of course, by this time, the first plate was starting to slow. So, he’d have to go back every once in a while and give it an additional spin. Eventually, he got so many plates to spin, that it became a little overwhelming. Many of us run our lives this way – always jumping from plate to plate. We get so busy doing so many things, that we never realize that nothing ever gets finished. Great leaders, however, are focused. They get things done.

Empathy and a Willingness to Work Well with Others. 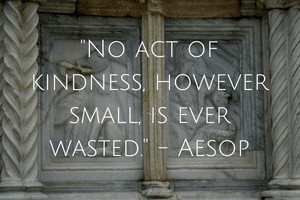 For some reason, people seem to think that in order to be a great leader, you have to be arrogant and offensive. When I was a teenager, I’d watch Bobbie Knight throw chairs across the basketball court and Mike Ditka grabbing player face-masks and yelling at them. However, that was only one part of their success. Bobbie Knight and Mike Ditka had a love for every one of their players. Interestingly, their players loved and respected them a great deal as well. I was fascinated by this. After years of study, I was able to find out exactly why this was the case – empathy. These coaches expected a lot from their players. However, they treated every single person that they worked with respect. Their empathy for their fellow man made them respected members of their industries.

For additional reading on this topic, you might take a look at “Soft Skills: What They Are and Why They Are Important.“. 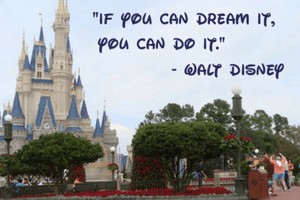 The old adage is “Lead by Example.” The most respected and powerful leaders who ever walked the face of the Earth were servants before they became leaders. Walk into any successful small business in the world, and you will often find the owner showing up early and staying late. That doesn’t mean that you should be solely focused on your work, but you do want to be the example that your associates look up to.

Since we started with self-confidence, I wanted to end with an equally important quality — Courage. Confidence is critical to leadership. In addition, though, a leader will often be placed into situations where the outcome is uncertain. In those instances, courage is vital. Below are some of my favorite courage quotes.

My Favorite Motivational Leadership Quote Is…

I went to High School in Temple, Texas. I remember walking into the football team field-house right after I transferred in my Sophomore year. There was a huge quote painted on one of the walls near the training room. I remember reading it and feeling inspiration. The quote was in a strategic place. You see, just before every game, the players would go to the trainer to get our ankles taped. It always took at least five minutes, but sometimes a little longer. This was before cellphones, so we really had nothing to do… but look at the wall directly in front of us. I must have read those words 100’s of times. They still get to me.

Add Your Own Inspirational and Motivational Leadership Quotes

I hope that you enjoy and are inspired and motivated by reading through the above quotes. If you find others that need to be added to the list, make sure and leave them in a comment.