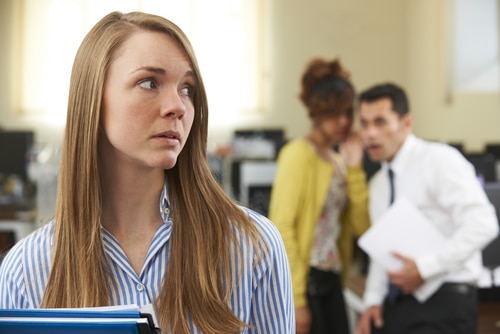 Office gossip can ruin careers. Years ago, I worked with a woman named Susan (not her real name). Susan is a lovely lady who kept her nose to the grindstone and went home straight to her family after work. She did well at the office, and people always thought that she was going places. She was the next to be promoted. One day, a rumor started going around about Susan. She had started wearing nicer clothes around the office and had lost some weight, which was part of her New Year’s resolution. One of our colleagues said she was having a fling with our boss. In all likelihood, this rumor couldn’t possibly be true – she and the manager worked closely together, yes, but they were happily married to their respective spouses, and each had children.

Susan started calling in sick. The quality of her work was slipping. She kept her head low and her attitude changed. She started dropping the ball on projects, and when she was skipped over for a promotion that should have been hers, she left the company.

Should Preventing and Minimizing Office Gossip be Part of Your Leadership Skills?

Sure, preventing office gossip isn’t as important as coaching employees or personal reviews, but office gossip can ruin careers-especially if it gets out of hand. A small rumor can grow to be a malicious virus. It can ruin lives, as it did Susan’s. It likely hurt the boss’s reputation as well.

For additional reading on this topic, take a look at “Four Ways Poor Leadership Skills Can Ruin Morale.“

Gossip starts when there’s misinformation or change. When there’s trouble in the finance department, people who don’t know what’s happening might start spreading speculations about the company’s stability. A game of ‘telephone’ starts, the message changes slightly with every whisper, and soon enough, one of the executives in the leadership and management team hears a funny rumor about a layoff.

Gossip prevention is easy if you keep an open door policy about what’s happening in the office.

Nip Gossiping in the Bud

Refuse to be a part of the office gossiping. Next time Nosy Nancy asks you if you’ve heard something about ‘that girl from marketing’, change the subject.

Your reaction might disappoint some people, but they’ll get the message soon enough. But if they keep talking, look at them and say, “I don’t think that’s any of our business.” And immediately direct the conversation into neutral grounds.

In most cases, entry and non-management level employees don’t have the guts to talk directly to anyone from the leadership and management team. So your best bet for getting a feel of the office gossip is the supervisors — their team members talk to them, and you, in turn, can find out what they’re talking about. You’re not going to do this to gossip, but just to find out what people are saying, so you can then quell bad rumors about the company and policy changes, among other things.

Business-related gossip is easier to stop, compared to gossips of a more personal nature. What can you do in case a gossip like Susan’s infects your team? Are your leadership skills and communication know-how enough to stop the gossip from ruining someone’s career and personal life? Is it even your responsibility?

In cases like Susan’s, the best possible thing you can do is to give the victim a chance to air their voice. Talk to the employee in concern, tell him or her about the rumors going around, and offer a chance to clear his or her name.

Office gossip seems petty and harmless on the surface. But I’m sure that’s not the case for the rumor’s subjects. Rumors can affect people’s productivity and teamwork, so you have to act before it gets worse and someone resigns. Put your leadership skills to use.