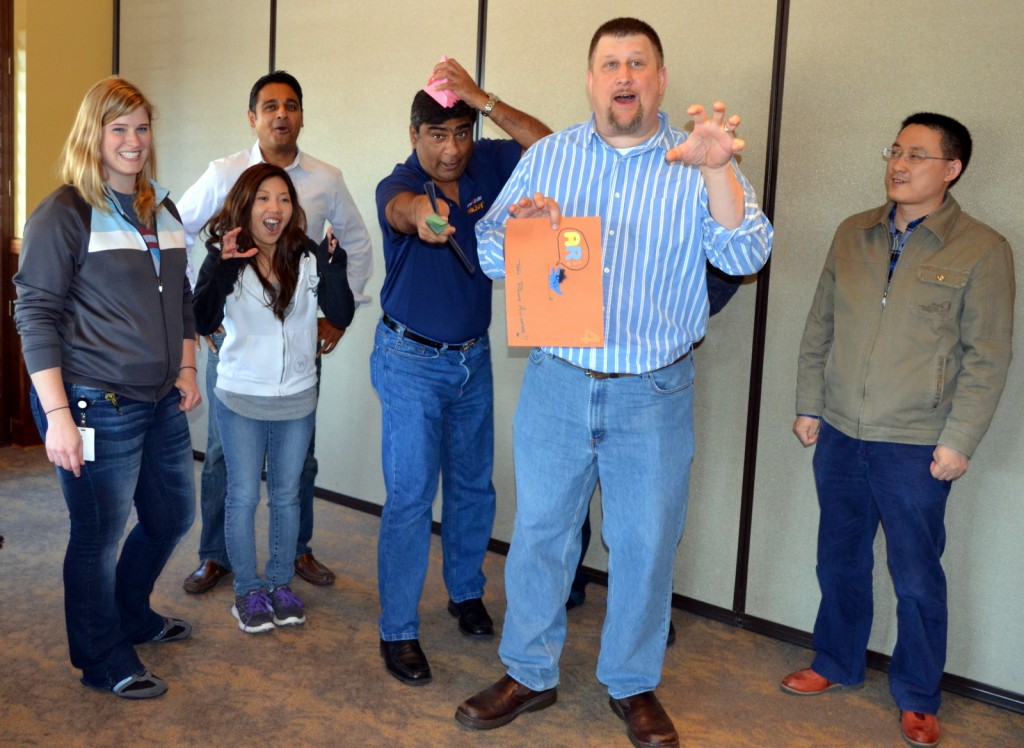 Newell Rubbermaid gave back to their community with a Philanthropic Bike Team Building Event in Chicago, Illinois.  This division of the parent company,(whose brands include everything from home storage to Irwin Building tools)  puts Sharpies, and Paper Mate products into our hands.  In the Build-A-Bike® Event, engineers, and designers laughed, learned to better collaborate and communicate, and in the end, made some kids smile.

Engineers, generally quiet and shy, were pushed out of their comfort zones, to exchange ideas, share cultures, and solve some tricky problems.  Who knew that such creativity and fun could evolve from such seriously studious folks?  They let loose, and exchanged ideas, cultures, put creativity before logic, and became a stronger team.

All the learning and fun lead to the reinforcement of the company’s philanthropic-platform.  “Getting involved in our communities is the cornerstone for all we do.”  Today they invested in the community’s future – its children.  They built bikes for kids who have none.

The payoff for their competition, and working together, was smile after shy smile on the faces of the kids whose bikes they built.  The group who designs, creates, and engineers those, ever so useful – Sharpies, and Papermate pens, came together as a team, strengthened their ability to communicate, collaborate, solve problems, and exchange ideas.  I got this note from the folks at Newell Rubbermaid as soon as I got home.

“Thank you Connie for leading such a great event (the best we’ve had here since I started 11 years ago!”)  Music to a facilitator’s ears.

For details about a team building event in Chicago, Illinois, click here!