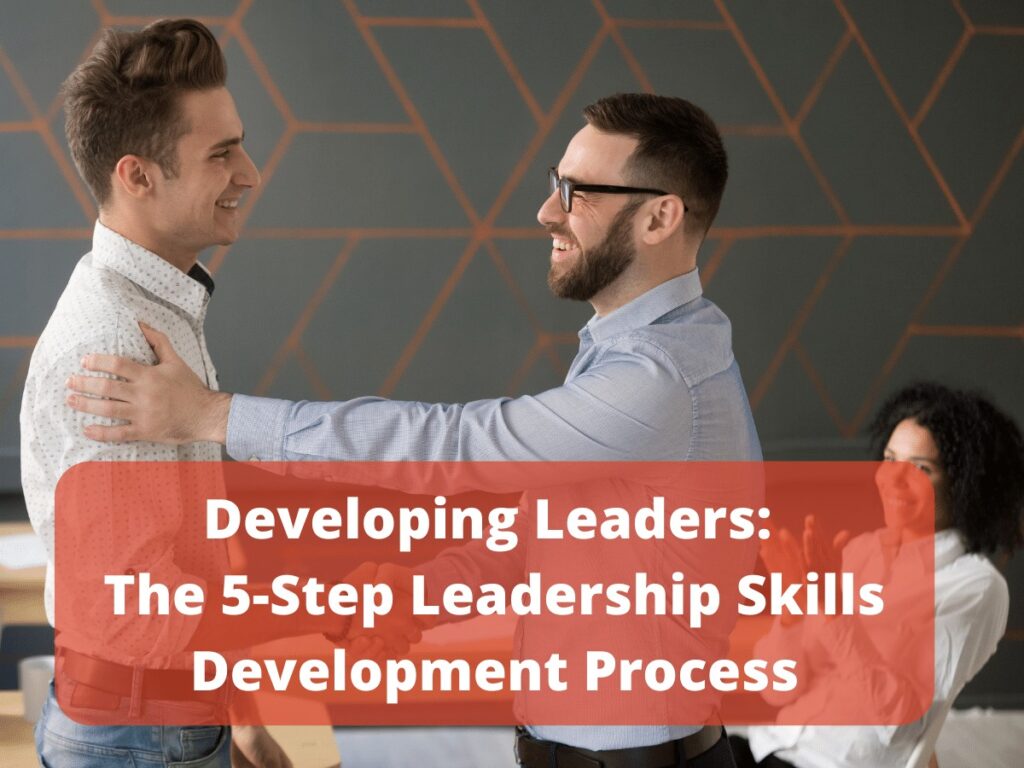 Developing leaders is a big goal of all organizations. No matter what size your company is, right now, it is a great time to start planning for the future. In fact, if your organization has a culture for developing leaders from within, you will attract better employees. In this session, we are going to pull back the curtain and show you how to build your own personal leadership. We will also show you how to tap into the untapped potential of your team. Follow this simple process, and you can also increase productivity quickly.

The Key to Developing Leaders Is to Start with “Leadership Skills Development.”

People are basically trainable in three different areas — Knowledge, Skill, and Attitude. Knowledge is all of the technical skills that we learn in High School, College, and On-the-Job Training. Skills are how we take that Knowledge and put it into practice. And, our Attitude is the confidence that we exhibit when we use that Skill.

Here is a simple example. Let’s say that we want to teach a kid to ride a bike. We may start the process with a few little pieces of knowledge. For instance, “The more that you pedal, the easier it is to keep your balance.” That is great knowledge. However, if we just tell the kid that information without any skill development, she will still be nervous. Without the skill development, her attitude about using the skill is low. In contrast, if you hold the back of the seat for her and let her get comfortable, the nervousness will go down. Then, if you run alongside her as she pedals, her attitude will improve more and more.

The key to understanding this is to ask yourself a few questions. Did the kid’s attitude improve because of the knowledge that we gave her? Or did she feel more confident because she actually developed a skill? The process is the same when developing leaders from within your ranks.

Don’t get me wrong. Knowledge is important. I like to describe knowledge as the ticket to get in the game. Without it, you are on the outside looking in. However, Let’s say that you are interviewing two potential candidates for a new position. Both of these candidates have the same degree from the same university. Also, both candidates have a similar level of experience. If that is the case you will likely make your choice based on their leadership potential.

You may look at how each one communicated during the interview process. Or, you might look for things like confidence, decisiveness, creativity, or people skills. These are what most people call leadership skills. The better a candidate scores in these areas, the more leadership potential we believe he or she may have.

In fact, in many cases, if one candidate is highly skilled in these leadership areas, he or she may be hired even if the other candidate has a better technical background.

When We Describe Successful Leaders, We Often Use “Attitude” Words, But Skill Leads to Attitude.

When a person develops good leadership skills, we will often see them as having a great attitude. The key thing to remember, though, is that the skill led to the great attitude.

If the person has good people skills, we will use words like persuasive and friendly. We don’t say, “That woman has great people skills.”

The truth is that about 80% of a person’s success depends on the skills and attitude that the person possesses. Only about 20% depends on the technical knowledge. And the higher the skill level, the better the attitude tends to be.

There are four steps to becoming a great leader. Step one is to create a culture of trust and rapport within your team or organization. If this doesn’t occur, then none of the other stages will work well. Once you have a high level of trust, step two is to deal effectively with conflicts. Conflicts will occur. Good leads know how to diminish the severity and resolve conflicts quickly. Next, you have to be able to gain enthusiastic cooperation from your team. Then finally, you want to build the next generation of leaders.

There is a fifth skill, though that is critical. It is the glue that holds the whole process together. You also have to be a great communicator and a confident speaker. In the High Impact Leaders course, we break these steps into bite-sized pieces. For instance, we do a session just on building trust. Then, we do a module on public speaking. Next, we focus on conflict resolution and follow that session with another public speaking module.

We do this because communication skills are critical to making everything else work. So if you are wanting to develop as a leader, we suggest that you follow a similar process. Alternate between people skills development and speaking skills development.

I worked at a fast-food place when I was in high school. One Saturday night, my coworkers and I decided to go to the movies together. The boss’ son, Andy, worked with us and brought his dad — the boss — with him. One of our group said, “Oh no,” as she saw the boss get out of his car and start making his way to the ticket booth. Then, he turned back and started counting us all with his finger in the air. When he greeted the team, he handed us each a ticket.

Andy leaned over to me and said, “Now aren’t you glad I invited my dad?” It was a generous offer that each of us appreciated. Little things like that led me to stay in contact with a lot of these coworkers even after I went away to college and moved well away from my hometown.

The atmosphere of trust and rapport was very high.

For additional details about how to build trust, see 7 Expert Way to Build Trust in Your Team.

A few months ago, my team was hired to facilitate a meeting for a client on a Saturday evening. At 11 AM on the day of the event, the client reached out to her account manager and canceled. That is very little notice. Our contract requires at least two-weeks notice to cancel without penalty. However, the account manager decided to use the client’s purchase order as the contract versus our standard agreement. So, three of our instructors gave up their Saturday to teach an event that got canceled at the last minute.

As you can imagine, everyone was upset with the client. However, there was also a lot of tension between the instructors and the account manager. If any of them had gotten angry with the account manager, it would have been like throwing a match on gasoline. However, one of the senior instructors went to the account manager and said, “Don’t worry about us, we know you were just trying to make it easier on your client. I’ve had worse things happen. Let’s use this as a learning experience, though. What can we do differently to make sure everyone has a better outcome next time?”

For additional details about how to resolve conflicts, see 7 Turnkey Conflict Resolution Strategies.

When the Covid-19 pandemic first hit, it was devastating to the meeting and training industry. My team had events and contracts booked out for over a year. In a matter of a couple of weeks, the potential for new contracts just dried up. To make matters worse, we also had customers canceling events that were previously contracted but not yet fulfilled.

Our outlook was pretty dismal. So, I called the team together on a Zoom call and we brainstormed. Within a week, we had created our first virtual team building event. During the next couple of months, a couple of my instructors each wrote a book. Another team started doing daily Facebook Live sessions and later, LinkedIn Live sessions. By the way, not all of the ideas panned out.

However, just a couple of months after coming up with the first idea, we closed a deal for over $150,000. This was with a single client and the program that the client bought didn’t even exist prior to the Covid crisis.

The best part about it was that I, as the leader, didn’t come up with the idea. I also didn’t close the contract. I also have never even SEEN my team do one of these new events. They created the idea and ran with it.

“Never tell people how to do things. Tell them what to do and they will surprise you with their ingenuity.” — Gen. Goerge S. Patton

For additional details about how to gain enthusiastic cooperation from your team, see 7 Valuable Ways to Build Cooperation in Your Team. 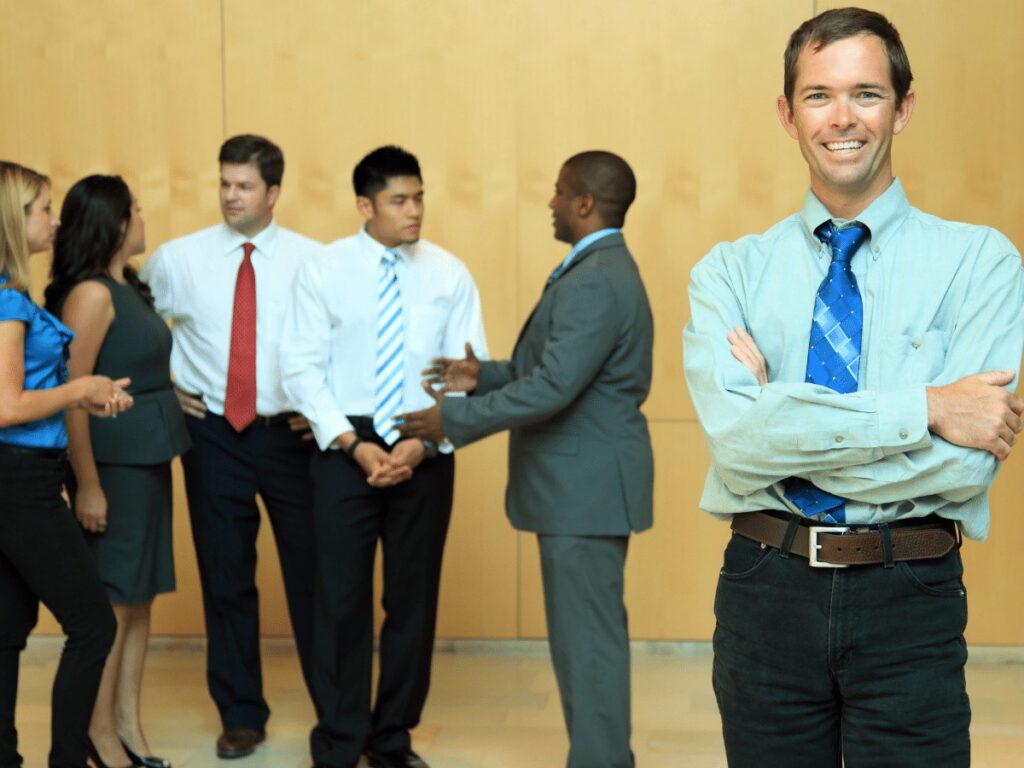 One of the saddest projects I ever worked on was for the border patrol in Washington DC. The supervisor for the team was an energetic woman in her mid-30s. She had a lot of energy and enthusiasm for her new team. So, she hired me to come in and conduct a leadership development course for the group. This young manager wanted so badly to help her team achieve a higher level of success and fulfillment.

However, her team was all in their late 40s to mid-50s. Almost all of them had hit their highest level of pay for Federal Government work. As a result, they were there passing time until they hit the magic number of years to retire.

By the way, the class itself was great. The participants grew as both employees and leaders. They gave me great reviews on the exit surveys. The sad part was that nothing that I help them accomplish made any difference. They had all waited too late to learn these skills.

My dad used to tell me to< "Dig your well before you're thirsty." Good leaders spend time developing their next generation of leaders well before those leaders are needed.

For additional details about how to build future leaders, see Building Leaders from Within: The 7 Best Ways to Build Your Next Leaders.

“People judge your competence by the confidence that you show.” — Doug Staneart 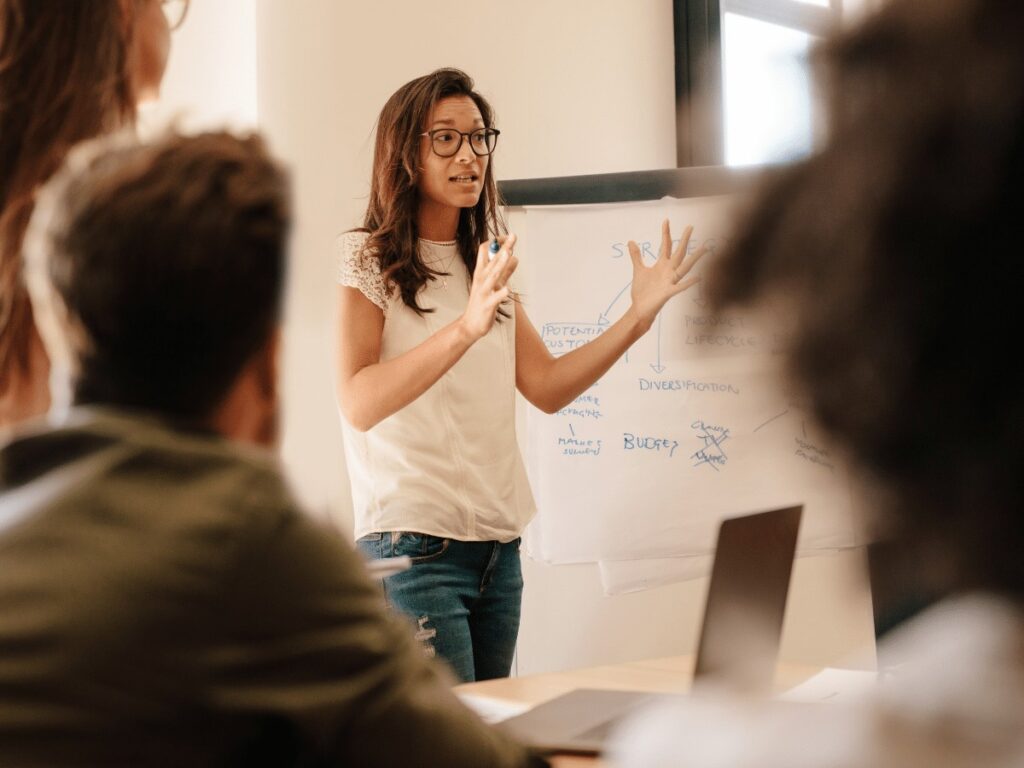 Out of all of the items in your leadership skills development, a major focus should be on public speaking. Good leaders tend to be great communicators as well. If you think about it, have you ever come across anyone who was a great leader who didn’t speak well?

In my senior year in high school, Coach Spike Dykes spoke at our athletic banquet. I had applied to a number of schools and been accepted to all of them. So, the choice of which one to go to was kind of daunting. I didn’t want to make the wrong decision. One of the schools, though, was Texas Tech — where Spike Dykes coached. Ultimately, I chose Texas Tech because of the speech that Coach Dykes gave. He was interesting, a good leader, funny, and smart.

He was all the things I was trying to become. So, I figured he would be a good role model for me.

I never forgot this lesson. As I began to build my company, I realized that my ability to speak with poise and confidence attracted like-minded people. If you focus on your confidence and your public speaking skills, you will attract people to your cause as well!

For additional details about how to be a more poised and confident speaker, visit our public speaking website at How to Overcome Public Speaking Fear.